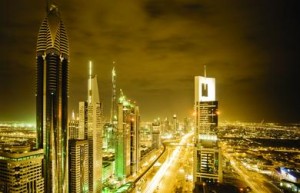 In a year which has been pretty awful for private equity (as for many in the financial world), real estate investment stood out head and shoulders above any other sector, for all the wrong reasons.

Fund raising in Europe almost halved, from US$9.2bn in the first half of 2008 to US$5.3bn in the same period this year – and US$4.32bn of that was attributed to just one fund, the Blackstone Real Estate Partners III. Overall, private equity fund raising for real estate funds have hit a five-year low, as investors remained anxious that values have further to fall.

With these kinds of figures, you might expect the mood among real estate private equity investors to be sombre, at best. In fact, despite a slow year and little immediate sign of an uptick in their fortunes, most are surprisingly chipper.

“We sold 80% of our portfolio before June 2007, so investors have rewarded us by giving us more money,” says Aref Lehham at Orion Capital Management. “We have raised close to US$1bn and are looking mostly at the Western European market – London, Paris, Madrid.”

Lehham argues that even though values have fallen substantially, “it is still humanly and politically hard to accept losses, so people who value markets are taking a while to write values down. In the beginning they were trying to sell distressed debt at 90 cents in the euro, then 80 cents, then 70. It’s now been two years since the markets began falling, so it’s not an unreasonable time [for the markets to begin trading again].”

No need to sell

Such was the severity of the downturn in commercial real estate, and the scale of the losses so huge, that national governments had to step in. “They couldn’t sell at a distressed price, because it would have caused bankruptcy,” says Lehham. “The RBS exposure by itself was so enormous it could have killed the Government, so it can’t afford to let that happen. And once the Government stepped in, no one needs to sell. It is only the banks that are in good health, like Santander, that are selling.”

The number of industry players able to control discretionary capital is likely to reduce severely as a result of the downturn, according to Lehham. “Institutional investors will invest directly through their own partners, keeping the capital to themselves,” he predicts. “When that happens, raising funds will be very difficult. Besides funds like Blackstone, a lot will get washed away.”

Even though real estate has suffered a more profound decline than other sectors – at least in the private equity world – we are in a different position to the recession of the late 1980s, where the sector took a very distinct knock. “People have got burnt all across the board,” says Lehham, “so I don’t think real estate will be singled out as it was then.”

Another shift in the industry will be that the weaker fund managers will see their ability to control discretionary capital erode, says Lehham. “Stronger fund managers, with a good track record, can keep their discretionary ability, but weaker ones will fall into a different model, giving discretionary spending powers to investors.”

Orion Capital Management is currently able to acquire ‘quality’ assets, since institutional investors are out of the game. “And interest rates are low, so we can arbitrage the deals,” says Lehham. He is concentrating on the top-end opportunities offered in Paris and London, where he sees signs of an early recovery, avoiding the temptations of Central and Eastern Europe. “Emerging markets are markets out of which you cannot emerge in an emergency,” he quotes with a wink.

Although some experts have eschewed the retail market in recent months, Orion recently acquired the 70,000 sq m Pleni Lunio shopping centre close to Madrid, for €235m, believing that it represented good value and strong potential.

Waiting for the banks

At commercial property agency King Sturge in London, European investment partner Penny Hacking notes that Europa Capital acquired a shopping centre from Hammerson for €80m and spent a further €40m refurbishing it, but says that in general, “there is very little big retail being transacted, unless it’s at a huge discount, because you can’t tell where income will be in future, whereas lettings income from offices and logistics space is more secure.”

She has noted significant demand for new London offices. “There is demand from German, Malaysian and Middle Eastern investors, along with a lot of other money wishing to invest in London. The pound is pretty weak, especially for German investors, and prime rents in the West End have fallen from £110 per sq ft per year to £75.”

As Hacking points out, the UK market came to a halt in July 2007, whereas it took a further 14 months before the European market suffered the same fate. As a result, the UK is emerging from the downturn far earlier than the rest of Europe. Groups such as Blackstone, which have hoarded up equity, “can now pounce on opportunities that are there for them,” says Hacking. “But there is a lack of product, because banks are not offloading. We’ve been sitting here waiting for it to happen, but we’re not sure it will.”

This failure by the banks to sell the mass of real estate assets on their books has taken the market somewhat by surprise. In previous downturns, particularly in the late 1980s and early 1990s, it created a rich investment opportunity, as properties came on to the market far below their earlier value. This time, the banks have chosen to sit tight.

“They have learnt the lessons of the 1990s,” says Hacking. “Then, when they took the keys back, they didn’t know what to do and sold at very low levels, because they were not property people. This time they are keeping partners on board. Yes, they’ve lost equity, but they’re making sure that income is coming in from tenants and they’re taking the view that they won’t sell at the bottom of the market.

“People lost a lot of money on the stock markets, but they still believe in real estate as an asset class. Some have had to sell because their real estate weighting was too high, so they had to reduce it (because stocks were so far down), but most of the funds we speak to will want to reinvest as soon as the markets recover.”

European real estate is in favour in comparison to similar assets in the United States, according to Hacking, since finance costs in the US are currently so high. “You can buy at a yield of 8%, but financing costs are 7%, whereas in Europe, you can still get good quality product and finance is much cheaper.” She accuses American agents of misrepresenting the state of their market, by claiming that office property has a 6% yield, “when everyone knows it’s 8%.”

Within the European market, Germany is fast becoming the new favoured location for commercial property investment, with Munich and Hamburg top of the wish list, according to a recent survey from PricewaterhouseCoopers, Emerging Trends in Real Estate Europe 2009. “The German real estate market is becoming more attractive in the crisis,” says Helmut Trappmann, head of real estate at PwC. “Acceptable returns make the risks considerably lower here than in the boom regions in earlier years.”

The US-based Association of Foreign Investors in Real Estate, made up of inward investors to the US and US firms investing elsewhere, named Germany second behind the United States as the most stable and secure market, with Switzerland third. London came second in the city list behind Washington DC, while the UK made fourth place in the capital appreciation ranking (up from ninth last year).

At property agency Jones Lang LaSalle, head of European capital markets Tony Horrell believes that it will take up to five years for banks to repair their balance sheets. “They will only begin to address this problem in 2009. They will be ultra-cautious and conservative in their handling of their outstanding real estate exposure and highly selective in their lending criteria.” This, in turn, will provide rich opportunities for private equity groups, he argues. “Some opportunities will be too good to miss.”

At investment bank Noble, real estate analyst Michael Burt believes that a new collaborative environment in private equity real estate investment is likely to emerge from the current recession. “With private equity, the interesting thing that they can do is to partner with people, to share expertise and the equity upside. For example, Blackstone has in-house expertise but it has formed joint ventures to piggyback on the expertise of British Land, to reap the benefits of that association.”

Burt cites the case of Capital & Regional, whose Junction retail fund was recapitalised by Area (formerly Apollo real estate), which took an equity position at a discount to asset value. “Private equity real estate funds need help to source deals or the experience to deliver developments, or management expertise. So they partner with people who don’t need 100% equity, but have the expertise and want deal flow,” says Burt.

As with other real estate experts, Burt has not seen the level of distressed sales that he had expected, noting that banks have been prepared to go through covenants rather than selling.

“Interest in distressed debt is tricky,” adds Burt. “You have to know about the legal complexities. Banks know there’s an upside from some of the distressed assets, but they could sell non-performing loans into a joint venture and still benefit from the work out in future.”

Burt argues that we are just about at the bottom of the market. “If you’re looking to catch the bottom, by Q2 of 2010 you’ll probably have missed the first 15% of the rebound.”

Others are not so confident about the short-term prospects: “The effects of the downturn haven’t fully worked their way through to the occupational market, in the form of lower rents,” says David Perry, head of EMEA for global real estate agency NAI. “Prices may still have further to fall.”

Head of CapMan’s real estate hotel fund Pirjo Ojanperä agrees that “we’ve not reached the bottom yet…I think it will take four to five years before turnover and revPAR (revenue per available room) return to normal. We have been expecting bigger portfolios to come onto the market. The volume of transactions has been really low, but we think things will start happening in the next six months as the banks start lending again.”

Once the dust has settled, it looks like the real estate investment sector will emerge with remarkably few scars from this current bout of financial ill-health.