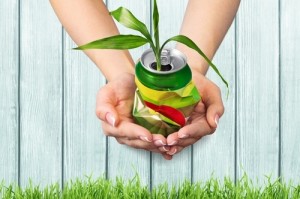 To help sustain portfolio companies through the downturn, some private equity GPs are asking fund investors to grant them the ability to recycle proceeds from investment sales back into the portfolio, sources told Buyouts.

GPs are looking at various options for portfolio companies that need additional capital to weather the loss of revenue from the coronavirus lockdown. They can raise external capital to inject into older portfolios, though LPs often object to cross-fund investments. They also can take investment from private credit managers, though that sort of capital can be expensive.

These amendment requests are recent and LPs who talked to Buyouts are still working to understand how recycling proceeds could impact fund returns.

These situations are especially relevant in older funds that have deployed most of their capital, with little left to reinvest back into portfolio companies, sources said.

“The question is, how do you get more capital?” said a limited partner who has reviewed amendment requests from GPs to allow for recycling. “You could raise a follow-on fund, or do this recallable capital, which is probably a better solution as long as it doesn’t change the alignment [between LPs and GPs].”

Injecting outside capital into existing portfolio companies could have the effect of diluting existing LPs’ exposure to the investments, the LP said. Recallable capital “wouldn’t be dilutive,” the LP said.

The risk is asking LPs for proceeds from sales at a time when liquidity may be tight amid public market volatility. As well, investing proceeds into a strained portfolio company could result in the ultimate loss of the proceeds if the company is not able to withstand the downturn, sources said.

“The negative comes back to cash flow. You want to recycle, but I wanted that to be my [money] to keep,” said a family office LP who is considering such an amendment request.

One question about the strategy is whether GPs would be able to recall proceeds from prior exits, or if this is only for future sales, sources said.

Around 68 percent of 44 North American buyout managers said their funds have the ability to take proceeds from a realized investment and deploy them into new investments, according to PEI Media’s 2018-2019 PE/VC Partnership Agreement Study.

It’s not clear how many firms allow for reinvestment of proceeds into existing portfolio companies – a seemingly more challenging request, especially for struggling companies.

LPs seem generally ok with granting the requests, though they are spending time understanding the implications of recycling. Recycling can represent a kind of fee break because usually fees are charged on committed capital during the investment period. “In a way if you recycle … it’s a way to buy down the management fees a bit, you’re putting dollars to work [on investments in the ground] and not paying management fees on it. It’s like another bite of the apple,” according to the family office LP.

Institutional Limited Partner Association recommends funds that allow for recycling of distributions include a cap or monitoring threshold so LPs can accurately predict their cash requirements. ILPA also recommends recycling provisions should expire at the end of the fund’s investment period.

“GPs are definitely triaging their funds, particularly in their older vintage year funds – prior to 2017 – where they are typically out of their investment period, to determine what amount of capital might be needed to shore up those companies that could get to the other side of the chasm,” said Andrea Auerbach, global head of private equity at Cambridge Associates.

“We estimate those older vintages are down to “fumes,” as in 15 percent or less in remaining available commitments, and so they may not have the wherewithal on hand to fully support those companies and protect the fund return,” Auerbach said. “As a result, we are indeed seeing a trend of GPs seeking fund amendments to explore ways to support those companies, including recycling.”

Raising new capital for any purpose, new investments or supporting existing companies, is not an easy prospect right now. The expectation is fundraising will remain subdued for all but the biggest-name firms.

“Even if a GP thinks it can raise a new fund, the fundraising process is slowing down for funds that have not launched yet – in any case most LPs don’t like cross-fund investing and usually have prohibitions against it, at least without LPAC approval of both funds,” said Kelly DePonte, managing director with placement agency Probitas Partners.