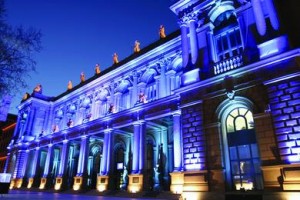 Putting together two flavour and fragrance companies to build a global player was never going to be easy. But EQT Partners’ flotation of Symrise, the merged company, illustrated the potential benefits of such a strategy. Symrise was floated in December 2006 in Germany’s largest IPO for more than two years.

The Nordic-based buyout house made a return of 2.5 x its investment following the flotation of Symrise, whose customers include Coca-Cola and Christian Dior.

Symrise was founded in 2003 following the merger by EQT of two German flavour and fragrance producers, Haarmann & Reimer with Dragoco. Haarmann had been acquired by EQT from Bayer, while Dragoco was a family-owned Mittelstand company. The merger of the two created the fourth-largest producer of flavours and fragrances in the world.

One of the most interesting aspects of the investment, says EQT senior partner Bjorn Jensen, was the fact that it involved a successful Mittelstand company: “It was a very important milestone for us because putting together two companies is always complicated and because this was the first time in Germany that the owner of a well-performing Mittelstand company was willing to take a back seat in a private equity merger deal like this.”

The family owner of Dragoco took a minority shareholding in the merged company, which EQT aimed to transform into a global player in the flavour and fragrance industry.

Jensen says that to be a global company in the market sales of at least €1bn are necessary and that, together, the two companies would have this critical mass and thus be able to compete with the handful of major international companies.

One of the difficulties with the transaction was that it took EQT longer than it expected to put its own management team in charge of the company and see through the new business plan.

Gerold Linzbach, an industry veteran, was appointed chief executive in spring 2005 and helped accelerate the changes. Jensen says: “The overall goal was to bring these two midsized companies together and create a real global player and that’s been realised, although it took us a little longer than we thought.”

The strategy involved cutting costs and raising growth. Soon after merger Symrise’s growth rate of 1.5% was nearly half the industry average. To tackle this, cost efficiencies were found in procurement and administrative areas and investment increased in sales and marketing, R&D and innovation.

An important part of EQT’s strategy for Symrise has been capitalising on the technology developed at Haarmann & Reimer, says Jensen. He says the company needed two things – the critical mass of at least €1bn in turnover and a unique business proposition that would differentiate it from the competition. That unique selling point, he says, has been Symrise’s technological advance. “The industry has changed and customers today don’t just want to buy flavours and fragrances but they want us to supply the technology so that they can differentiate their products and we are the market leader in that kind of technology.”

The company has also been on the acquisition trail. In April 2005 the company acquired Flavours Direct, a UK-based producer of compounded flavours and seasonings, and in January 2006 it bought Germany’s Kaden Biochemicals, a producer of botanical extracts.

As a result of business strategy, EQT was able to grow Symrise’s business substantially, so that by the time of the IPO revenues were up 9.1% in the first nine months of 2006 and operating profit had increased by 34% to €192m in the same period.

The IPO on the Frankfurt Stock Exchange raised €1.4bn, reducing EQT’s stake from 52% to 16%. The flotation was the biggest in Germany since Postbank floated in the summer of 2004. A month after the Symrise flotation, in mid-January, the stock was trading around 15%-20% above the issue price. Jensen says that EQT, like any buyout house, was keeping its options open regarding the kind of exit it would see, but that a flotation was regarded as the best option.

“We knew that for a successful IPO we needed to create growth in the company and that’s why the new management were so important,” says Jensen. Although some market analysts regarded the flotation price as a bit expensive, its attractiveness was shown by the fact that it was several times over-subscribed. Jensen put this partly down to the industry’s counter cyclical nature. “Whatever the broader economic trends, people will always want to eat cereal, drink soda or use household cleaning products,” says Jensen.