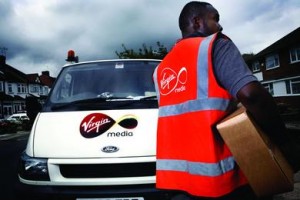 Major buyout firms have made a surprise return to several months after an auction for the UK cable group formerly known as NTL had appeared to stall.

The reports said that the consortium was being advised by Merrill Lynch, Morgan Stanley and Perella Weinberg Partners. Virgin Media effectively put itself up for sale after receiving an approach from an unnamed group last year, although the Observer suggested in May last year that Blackstone, Cinven, and Providence had shown interest after Providence had held individual talks with Virgin Media management in 2006 regarding a US$31 per share offer.

The consortium also has substantial experience in the European cable industry. Cinven owns Altice One, which went on to buy UPC France, and Numéricable, formed from the cable operations of France Télécom and Vivendi Universal.

Alongside Warburg Pincus, Cinven bought Germany’s Essent Kabelcom and the Netherlands’ Casema. One of the vendors of Casema was Providence, which also partnered with Goldman Sachs Capital Partners and Apax Partners to buy Kabel Deutschland in 2003 before taking full ownership in 2005.

Rhode-Island Providence has also been involved in two of the sector’s other largest private equity acquisitions: the €1bn purchase of Sweden’s Com Hem alongside Carlyle Group in 2005; and the largest buyout in Europe pre-Alliance Boots, the €13bn acquisition of Denmark’s TDC by Providence, Apax, Blackstone, KKR and Permira.

Sir Richard Branson’s group holds a 10.5% stake in Virgin Media following the merger of NLT and rival Telewest, which could generate up to US$750m if a sale was to be achieved.

The news follows the permanent appointment of Neil Beckett as chief executive of Virgin Media, six months after the former chief operating officer of NTL took on the role following the resignation of Steve Burch last August.