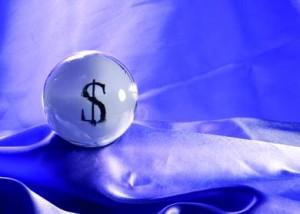 Over recent years the UK private equity industry has been through an unparalleled period of change and has faced considerable challenges on many fronts. As we move forward we must ensure that the contribution private equity makes to the British economy receives the recognition it deserves. Private equity has been, and will increasingly continue to be, a driver of productivity and economic growth throughout the economy. It is essential this is conveyed to ensure that in 25 years from now private equity has become accepted as part of the economic mainstream. To achieve this the must focus on a number of areas.

Firstly we need to make self-regulation work. Following Sir David Walker’s report into transparency and disclosure, the BVCA itself has taken on new responsibilities for monitoring compliance with the new Walker guidelines. The BVCA is moving from being simply a representative body to taking on a more regulatory role. Our task will be to keep the pressure up on the industry to ensure that this new voluntary code is taken seriously. A year from now, we need to be able to show to the Government and to others that Walker has delivered what we promised. We will not achieve that by allowing the convoy to go at the pace of the slowest – and setting that pace I see as a task for the BVCA.

We also need to do much more in terms of our research so that we have data which is widely seen to be independent and rigorous. This work has already begun, for instance the BVCA has already commissioned to carry out a research project on the economic impact of large deals. This will enable us to communicate our messages and worth more effectively.

The BVCA also has an important role to play in helping the industry tell its story. Private equity firms and their portfolio companies need to be the ones that give the industry a human face. The fact is that every day of the year, companies backed by private equity are growing, taking on more staff, and helping the economy become more productive. They are often part of the high street, involved in their local community or helping create jobs in local and regional economies. The best people to talk about the contribution that private equity and venture capital makes are those who are responsible for that success.

In an era of globalisation and consolidation, it also seems a safe bet that, in the future, economies will increasingly have to concentrate on their areas of strength. When you look at Britain, financial services is one of the relatively few areas where we have a genuinely world-beating industry. We need to build on that and we can do this by making London as attractive a place as possible for private equity and venture capital. That’s the only way in which we will continue to attract the brightest and best from all round the world to come and work here.

It is essential that the UK’s competitive edge is not eroded. Private equity needs a climate of certainty and predictability to thrive. With this in mind, the BVCA is developing a more campaigning attitude of mind, to strengthen our relationships with politicians and journalists and to build alliances with those who share our belief in markets and competition, and where we have common ground more generally.

It is vitally important for us to win the argument that is currently being waged between those who believe that the right response to globalisation is protectionism and regulation, and those, like me, who believe that in the long-run, open markets and competition will serve society best. Win it, and we should see faster growth, increased productivity, more innovation, and a higher tax take to help fund our public services. Lose it, and we will see falling productivity, worse pensions, lower investment and a sclerotic economy.

I am confident that we will win that argument because the facts will increasingly speak for themselves. The result, in 25 years’ time, will be an industry which will be even more important than it is today.