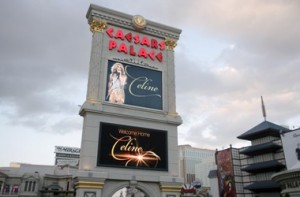 The ruling by U.S. Bankruptcy Judge Benjamin Goldgar in Chicago allows the country’s largest casino operator to pursue its plan for cutting its $18 billion debt without the threat of a rival plan from creditors.

Goldgar cited the size of the case in his decision, and he overruled creditors who pressed him to shorten the period of exclusive control to four months or even to end it now.

“The shear mass weight, volume and complication here is extraordinary,” Goldgar said in a Chicago court.

Caesars will retain control of its bankruptcy through mid-November.

The bankrupt unit, Caesars Entertainment Operating Co Inc, has proposed a reorganization plan that will split it into a casino operator and a real estate investment trust. The plan anticipates creating value for creditors because REITs tend to be more highly prized by Wall Street.

The case has been marked by bitter feuding with creditors. They have accused the parent company of stripping from the operating unit the most-profitable properties, such as the Linq Hotel & Casino in Las Vegas.

The parent is controlled by private equity firms Apollo Global Management LLC and TPG Capital Management, which created Caesars from the $30.8 billion leveraged buyout of Harrah’s Entertainment in 2008.

The parent company, which is not bankrupt, has said the operating unit was paid fairly for the property transfers. Goldgar has ordered an independent examiner to review the deals.

(Reporting by Tracy Rucinski in Chicago. Writing by Tom Hals in Wilmington, Delaware.)