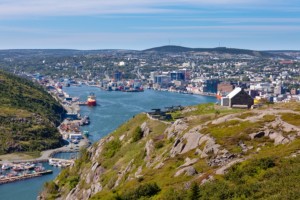 A big, new pool of capital has emerged in Canada.

Newfoundland and Labrador Pooled Pension Fund (NLPPF), a C$9 billion pension system, is creating a first-time allocation to private equity and infrastructure with the help of advisor Caledon Capital Management.

NLPPF, which oversees the pension assets of government employees, teachers, and other public sector groups in Newfoundland and Labrador, is setting a 5 percent target (about C$450 million) each for private equity and infrastructure, NLPPF documents said.

The decision to invest in alternative assets was made in 2013, according to NLPPF documents. Now the pension system plans to roll out the strategy with the help of Caledon, a Canadian portfolio management and advisory firm.

Day and Dowd said Caledon was selected because of its focus on customized accounts, which address the specific needs of institutional clients and give them access to a broad mix of funds, secondaries, co-investments and direct deal opportunities.

“[NLPPF] wanted help in thinking through the strategy from A to Z,” Day said. “It also wanted comprehensive support, everything from asset class education and program implementation to reporting and back office services.”

With the rollout of its private markets strategy, NLPPF joins a large community of Canadian pension funds with substantial exposure to alternative investments.

A report released in December by The Boston Consulting Group found 32 percent of the investments in the portfolios of Canada’s 10 largest pension funds are in PE, infrastructure and other alternative holdings.

Newfoundland and Labrador’s public pension funds will soon operate under a new investment structure, NLPPF documents show. The broad outline of the structure contained in these documents suggests it will be similar to other provincial pension organizations, such as the Caisse de dépôt et placement du Québec, British Columbia Investment Management Corp and Alberta Investment Management Corp.

Toronto-based Caledon was founded by David Rogers, the former head of private equity at the Ontario Municipal Employees Retirement System (OMERS). Caldeon has for some time specialized in assisting small and mid-sized systems like NLPPF to gain a foothold in alternative assets.

In an interview last year, Rogers described part of the firm’s mission as helping small institutions get access to the same opportunities available to large institutions.

Caledon does this by operating as “an extension of the internal management teams of our clients,” Dowd said. In some cases, it takes on the “full scope” of private markets strategies, he said.

Over time, Caledon has built a client base comprised mostly of corporate and public pension funds. Along with NLPPF, the firm was recently chosen by the $43 billion Illinois Teachers Retirement System to provide advice on its PE and infrastructure co-investments. Other clients include the New Mexico Educational Retirement Board, which has $12 billion in assets.

At the end of 2015, institutional assets under management or under advisement by Caledon totaled about C$7 billion, Dowd said.

Dowd is one of Caledon’s recent high-profile hires. Previously a senior vice president for infrastructure and timberlands at Ontario Teachers’ Pension Plan, he was recruited in late 2014.

Martin joined Caledon in 2012 from OMERS Private Equity, where he served as a managing director.

This year, Caledon reported investing more than C$700 million in private equity and infrastructure funds, co-investments and other opportunities in North America and Europe.

Photo of Newfoundland courtesy of ShutterStock