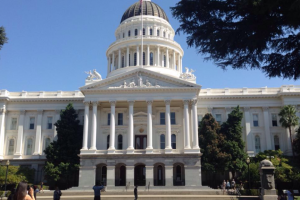 California Public Employees Retirement System made almost $2 billion in private equity commitments in May and June, according to an agenda posted on its website ahead of its monthly Board of Administration meeting next week.

In May, CalPERS committed $550 million to Advent International GPE IX, LP. This $17.5 billion fund will invest in “buyout, corporate carve-out, public-to-private and growth equity transactions, primarily in Europe and North America and selectively in Asia and Latin America,” according to Advent International’s website.

In June, the fund made the following commitments:

• $500 million to Cerberus CAL III Partners, LP, run by Cerberus Capital Management;
• $250 million to Lindsay Goldberg V, LP, run by Lindsay Goldberg LLC. This fund has a $4 billion cap, according to a memo released by the Pennsylvania Public School Employees Retirement System.
• €520 million ($577 million) to Permira VII, run by Permira Advisers. This fund has a €10 billion ($11.1 billion) target and will make mid- and large-cap investments, according to Private Equity International. PEI also reported the fund will have a six-year investment period and a 10-year term, with three one-year extensions.

CalPERS’ Investment Committee will also consider whether or not to pursue interviewing two firms to act as fund’s private equity investment consultant. The recommended firms are Meketa Investment Group and Verus Advisory, Inc. Meketa is the current consultant, and its contract runs through June 30, 2020. Meketa’s proposed fees for three years would total more than $2 million, while Verus would charge more than $1.5 million. An agenda item says the two firms are “eligible to appear for oral interviews” after passing a technical proposal evaluation.

Investment committee chair Rob Feckner will propose creating a four-person subcommittee to interview both firms at an open session meeting.  The Investment Committee consists of all CalPERS Board members and will meet on Aug. 19 in Sacramento as part of the monthly Board of Administration meeting.