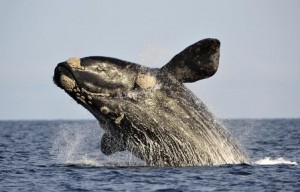 The California Public Employees’ Retirement System’s five-year plan to reduce the number of general partners within its private equity portfolio includes a program that will allocate up to $2 billion to growing fund managers, according to documents and pension officials.

“The goal is to establish a pipeline of external manager talent,” said Senior Portfolio Manager Laurie Weir during CalPERS’ June 15 meeting. “While each asset class is different, in each case the manager transition program will provide the opportunity to invest in follow-on funds [for] incrementally larger commitment amounts.”

Within private equity, the transition plan will target GPs raising their third through sixth institutional funds, with typical commitments ranging between $50 million and $300 million in size, according to pension documents. The transition plan could include up to 15 direct relationships with GPs overseen by CalPERS staff.

Commitments may include re-ups with firms whose first or second institutional funds were backed by the Grosvenor account, according to retirement system documents.

The formation of the transition programs comes in the wake of CalPERS’ plan to downsize its number of relationships with external managers over the next five years. The downsizing would cut roughly 70 relationships from the retirement system’s 100-strong roster of private equity GPs in an effort to reduce fees and improve performance.

In the run-up to the downsizing announcement, staff realized the cutbacks would eliminate exposure to mid-sized firms that are too large to qualify for emerging manager programs, but too small to compete with established firms for direct investment mandates, according to retirement system documents. CalPERS’ commitments to established private equity managers typically exceed $350 million, roughly 18 times the size of the $20 million maximum commitment to funds sourced through the emerging manager program.

The transition plan will also make an effort to target funds raised by women or minority-owned fund managers, a point that was applauded by CalPERS’ investment committee during the retirement system’s June 15 meeting.

“I think this is a real step up in our emerging manager program,” said CalPERS board member Priya Mathur during the meeting. “It also demonstrates a meaningful commitment to the managers [in the emerging manager] space, particularly at a time when we are reducing the number of managers across our entire portfolio.

Even as CalPERS moves forward with plans to wind down roughly two-thirds of its relationships with private equity general partners, the retirement system will continue to commit to first- or second-time fund managers through its emerging manager program.

CalPERS expects to commit up to $500 million to emerging managers between 2015 and 2020, according to retirement system documents.

The private equity emerging manager program was valued at $6.8 billion as of June 30, 2014, according to pension documents. The program includes commitments to 267 active managers, most of which were made through separate accounts or funds-of-funds.

CalPERS has committed to five funds through Grosvenor’s emerging manager program since March, according to pension documents. Commitment sizes could not be found at press time.