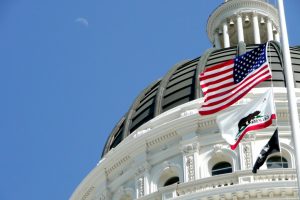 California Public Employees’ Retirement System will once again sponsor a bill allowing it to shield some information about its private lending program, after pulling a previous version in the aftermath of its former chief investment officer’s resignation in August.

The $421 billion pension’s board of administration approved the plan to resurrect the bill at its meeting Wednesday, with only one dissenting vote.

As Buyouts reported, the earlier version of this bill, authored by Sacramento Democratic Assemblyman Jim Cooper, was controversial with some CalPERS stakeholders and critics.

The bill would exempt CalPERS from disclosing the owner of any company that borrows money from the pension. Private loan agreements, due diligence materials, borrowers’ financial statements and collateral would also be exempt from disclosure.

Among the stakeholders who opposed the bill were the Retired Public Employees’ Association of California and the city of Pasadena.

“We would much prefer that the board direct staff to work with us to craft a bill that protects proprietary information of potential borrowers, disclosed during underwriting and negotiation but that does not hide the nature of assets held in public trust,” he said.

RPEA has been critical of CalPERS’ staff and board over several different issues. As Buyouts reported, it even called for the resignation of board president Henry Jones over his handling of the apparent conflict of interest around the personal investments of former CIO Ben Meng, which culminated with his sudden resignation in August.

At the time of his departure, Meng had just unveiled a major plan to leverage up to 20 percent of CalPERS’ assets over the next few years and use the money to invest in private equity and private debt, in the hopes of making up the pension’s funding gap. This plan also got pushback from stakeholders.

Meng resigned the same day the bill was being heard by a legislative committee. It was quietly pulled a few days later.

At CalPERS’ September meeting, Danny Brown said Meng’s departure played a role in shelving the bill, along with concerns about the coronavirus pandemic.

“All parties thought it would be best to wait, and regroup, and come back next year,” he said.

The lone dissenting vote Wednesday was Margaret Brown, who also opposed it the previous time. She did not respond to a request for comment for this story, but at the February 2020 meeting when the bill was originally approved, she said she had concerns about the secrecy provision.

“I know that in private equity they call everything a trade secret,” she said. “I want us to be very, very careful that we don’t expand the definition of what needs to remain private or hidden.”

This time, there was almost no debate on the bill. In addition to Brown’s no vote, board member Eraina Ortega abstained. Ortega did not respond to a request for comment.

Correction: this story was updated to reflect that the original private debt bill was approved by the board in February 2020, not February 2019.