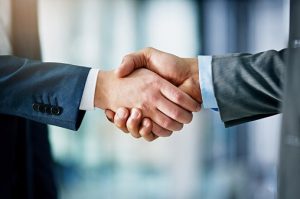 The vote was not unanimous and several board members voiced consternation over the new arrangement but seemed willing to continue it for the time being.

In October, CC Capital and Motive Partners announced they had agreed to acquire Wilshire. Wilshire chief executive officer and chairman Dennis Tito and president and vice chairman John Hindman will both step down when the deal is finalized, which Wilshire said was expected to happen next month. Ares Management is also a lender in the deal.

The central issue is that the $421 billion pension’s general investment consultant would be owned by two private equity firms.

“This raises a potential conflicts and appearance issues that the board should consider,” said CalPERS chief counsel Matthew Jacobs, according to a rush transcript of the investment committee’s meeting Monday.

Representatives of Wilshire, which has advised CalPERS for 35 years, stressed that nothing about their working relationship would change and neither firm would play any role in Wilshire’s advisory services or have any access to its information.

Jason Schwarz, who is set to take over as the company’s president, said Wilshire advises 250 other entities, almost all of whom had approved the new ownership.

Multiple Wilshire representatives stressed it does not advise CalPERS on its PE program. That role is filled by Meketa Investment Group.

“Every time we trade in the markets in a principle transaction, there’s a conflict,” he said. “Our job is to be aware of those conflicts and protect the performance from those.”

CalPERS spokeswoman Megan White told Buyouts that Wilshire only opines on whether an investment properly follows CalPERS’ rules and guidelines. “Wilshire does not opine on the qualitative merits of a deal,” she said via email.

Wilshire also weighs in on the pension’s asset allocation, including how much of that goes to private equity, which Jacobs and others brought up as a potential concern. The pension is slated to start its next study in 2021 and will choose a new strategic asset allocation by the end of next year.

Wilshire’s Steve Foresti gave the most forcible pushback to any suggestion that the relationship could lead to damage to CalPERS, saying it would require a cascading chain of unlikely conditions.

“I would suggest that it’s hard to imagine that any one of those conditions could be met, let alone all of them,” Foresti said.

Board member Stacie Olivares, who has worked as a chief investment officer, voted against continuing the relationship. In her comments, she suggested the board needed more information on the arrangement.

She pointed out that Wilshire’s amended form ADV said the transaction “creates conflicts of interest.” The brochure does say this, but later adds that “Wilshire will maintain an organizational structure and conflicts management process that will ensure independence of its investment processes.”

“I just want to be sure we’re all very aware of that,” Olivares said. “We don’t want a conflict that’s going to compromise the integrity of our fund and hurt our members.”

“We feel this is going to lead to a lot of reputational risk for CalPERS,” she said, citing the coming asset liability management study and possible “distracting” questions about it.

Multiple board members, including committee vice chair David Miller, voiced concerns about how many of the pension’s stakeholders would react to the appearance of two private equity firms owning its general investment consultants.

Ashley Dunning, the pension’s outside fiduciary counsel, warned the board against allowing that concern to direct their thinking.

“I think it really is important to try to stay above the fray to the extent that you can when assessing this framework and whether you should proceed or not,” she said.

She also stressed that by agreeing to the new ownership, they were not locking themselves into a permanent relationship. Earlier in the meeting, Jacobs said the pension could sever the relationship on short notice. Wilshire’s Thomas Toth echoed this.

“This consent doesn’t lock CalPERS into anything additional. It doesn’t change the terms of the contract and it certainly doesn’t reduce your ability to undertake further due diligence. And in fact, we welcome that,” he said. “You can terminate us at any time. You have that ability.”

Margaret Brown, a frequent critic of CalPERS’ private equity program, made the motion to vote on the plan, calling Wilshire’s work for the fund “exceptional.”

“I don’t expect it to change,” she added. She was seconded by Jones, and the board approved maintaining the relationship for now.

Miller said the board would revisit this issue and it was not a final decision. Toth thanked the board.

“I can promise you that we are going to give you every bit of information that you need to adequately respond to your stakeholders and make them comfortable,” he said.

Action Item: read the Wilshire presentation to the CalPERS board here.

Update: this story has been updated to clarify the kinds of firms sometimes committed to in the opportunistic strategies asset class.