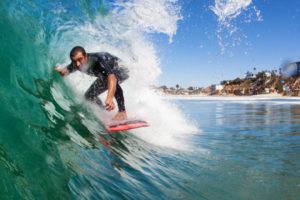 California State Teachers’ Retirement System significantly hiked its co-investment activity in the second half of 2019, according to a report from its private equity consultant, making progress on a pledge to double it over the next few years.

CalSTRS committed $855 million to 15 co-investments in the second half of 2019 alone, according to the report from Meketa Investment Group delivered to the $252 billion pension’s board Wednesday. The co-investments were mostly in buyouts, with two in “long-term strategies” and one in venture capital. The report said there was an additional “diversified secondary co-investment.”

Meketa’s John Haggerty told the board that this progress “translates to significant cost savings for the pension fund. It also is deepening relationships that the staff has with individual managers.”

The co-investment program is still relatively small. As of September 30, 2019, CalSTRS’s private equity program was valued at $22.9 billion, with 95 percent of that in fund investments and 5 percent in co-investments.

Last year, the system pledged to double its co-investment pace over the next two to five years, as Buyouts reported. At that time, CalSTRS had committed between $500 million and $600 million a year to co-investments over the previous two years.

CalSTRS also wants to up its overall private equity allocation from 9 to 13 percent over time, as Buyouts reported. Board member Gayle Miller stressed the importance of doing that while also building in-house capacity.

Since 2018, CalSTRS has been pursuing what it calls “The Collaborative Model,” an initiative to bring more investment capabilities in-house. Deputy CIO Scott Chan told the board last May that the primary focus of that initiative in private equity is co-investments.

The fund investments performed better over time. They returned 12.87 percent over 10 years and 13.17 percent since inception, compared with 12.67 percent and 9.18 percent respectively for co-investments. Meketa said CalSTRS’s co-investments “suffered some early losses” that caused its lower since-inception returns.

CalSTRS made $2.2 billion in commitments in the second half of 2019, including the co-investments. It committed to funds from Advent International, Apax Partners, TA Associates, Cortec Group and MBK Partners, among others.

As of January 31, private equity made up 9.5 percent of the pension’s portfolio.