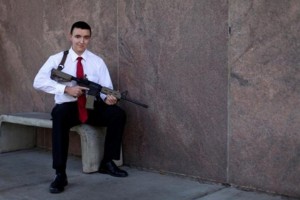 The California State Teachers’ Retirement System said it’s requiring an opt-out provision for private equity investments in firearms manufacturers that make assault rifles that are illegal in the state. CalSTRS’ opt-out provision is a fresh example of institutional LPs shaping their investments to support social or political objectives.

Lining up behind California’s assault weapon restrictions, CalSTRS – one of the largest public pension funds in the United States with a private equity portfolio of more than $20 billion – is including the new language in limited partnership agreements with existing private equity firms and their funds, as well as future sponsors.

CalSTRS said it has introduced “provisions in all new private equity partnership agreements that prevent partners from making such investments (in manufacturers that make firearms banned in California), or offer CalSTRS an opt-out option if such investments occur,” spokesman Ricardo Duran said in an email.

California has banned assault weapons and magazines that hold more than 10 rounds of ammunition.

CalSTRS has moved to reduce or eliminate its exposure to the type of weapon used in the shootings at Sandy Hook Elementary School in Newtown, Connecticut, which left 20 first-grade students and six adults dead in 2012.

CalSTRS is an investor in a Cerberus Capital Management fund that holds Remington Outdoors, which has changed its name from the Freedom Group. The firearms holding company owns the maker of the Bushmaster AR-15 rifle used in the Sandy Hook shooting spree.

CalSTRS continues to urge Cerberus Capital Management to sell Remington Outdoor, but so far no transaction has been announced. The New York Times reported in late 2013 that Cerberus initially thought Freedom Group would sell for about $1 billion. Cerberus was also reportedly working on issuing Freedom Group debt to raise capital to buy out LP stakes in the company. A financial firm had talked about floating about $200 million in debt financing and purchasing a minority stake in Freedom Group, but the deal failed to close, according to reports.

Duran declined to comment on whether CalSTRS may have tried to sell its stake in the Cerberus fund in the secondary market.

Meanwhile, familes of victims in the Newtown shootings filed suit in Connecticut Superior Court on Dec 15 against Bushmaster Firearms, Freedom Group and the gun distributor and retail store that sold the weapon. The suit argues the AR-15 assault weapon has no reasonable civilian purpose and should not have been sold. The suit could challenge laws shielding firearms makers from liabilities tied to their products under the 2005 Protection of Lawful Commerce in Arms Act. A spokesman for Cerberus said the firm is not a party in the suit and referred questions to a Remington Outdoor spokesman, who did not return an email.

When LPs seek opt-out provisions, it “usually it relates to geographies like the Sudan or investments in controversial sectors such as the ‘sin’ businesses,” said David Fann, president and CEO of LP advisory firm TorreyCove Capital Partners. “In addition to guns, I would expect some LPs might include opt-out provisions for investments related to coal, tobacco or marijuana businesses.”

A recent survey of 90 LPs by Probitas Partners found that a “strong environmental, social and governance (ESG) policy” isn’t that important compared to other issues they focus on when deciding whether to back a fund. They ranked it as No. 12 out of 14 issues, up from No. 13 a year earlier.

Opt-out provisions have been widely used for many years by sovereign debt funds to reinforce moral and religious laws in regions such as the Middle East, said Mike Elio, a partner at StepStone.

But getting an opt-out isn’t easy. “Not everybody has enough weight to opt out,” Elio said.

Rather than setting up separate social investing funds, AlpInvest, the fund-of-funds unit owned by The Carlyle Group, has been weaving ESG principals into all its private equity investment pools, a practice referred to as mainstreaming. AlpInvest started formal steps to integrate ESG into its investment decisions in 2008, according to its website. Every new investment since 2009 has been filtered through its ESG due diligence process, totaling more than 250 primary fund commitments, secondary transactions and co-investments through the end of 2013, the firm said.

“It’s being picked up more and more widely,” said Maaike van der Schoot, corporate social responsibility officer at AlpInvest. “All the large buyout firms have started to integrate policies on it. Many of the smaller firms are doing it as well.