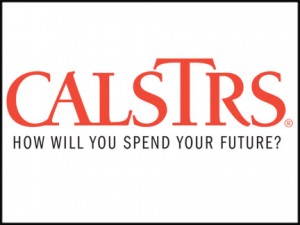 Participants in the retirement system: About 860,000 members, making it the largest teachers’ pension fund in the United States and the second-largest U.S. public pension fund.

“Like other large LP programs during the bubble years, we expanded our program to keep pace and put a lot of money into large buyouts,” Margot Wirth, director of private equity for CalSTRS, told Buyouts in a phone interview. “Like most other programs, that’s an important part of our program.  [But] we’re diversifying into smaller funds and other private equity opportunities to some degree.”

Over the last two years the $181.1 billion CalSTRS has put more money in debt-related funds, including special situations, mezzanine and distressed debt, said Wirth. Some of the pension fund’s recent commitments also suggest a growing affinity for energy.

“They’re both capital-intensive and because we have a large amount of capital to deploy, those can be good sectors for us, if we invest appropriately,” said Wirth of debt and energy investing We have a lot of in-house experience and expertise in those sectors. Between those two factors, that’s (why) those are appealing.” CalSTRS isn’t alone in its focus on these two categories.

“LPs have been looking a lot at distressed debt—there’s a big opportunity in Europe,” said Aaron Rudberg, partner at Baird Capital, the private equity arm of investment bank Baird. “We also hear about a lot of demand from LPs for energy, which has been a high-performing asset class.”

The latest annual survey of institutional investors by placement agent Probitas Partners also found a high level of interest in these strategies. Energy funds ranked fifth out of 25 private equity investment areas, with 26 percent of 137 respondents planning to focus most of their attention on funds of that stripe in 2014. Credit strategies ranked eighth on the list, with 23 percent indicating a plan to focus most of their attention there.

Among recent commitments to energy and credit funds made by CalSTRS are the following:

Of these sponsors, some are expected to return to the fundraising market in 2014, including the managers of TPG Credit Strategies Fund III LP,  TPG Partners VI and Ares Special Situations IV, according to a study by Buyouts.

Steady As She Goes

CalSTRS, whose private equity portfolio is valued at about $22 billion, maintains a core roster of managers with several funds each in its portfolio. Admiring what Canadian pension plans have accomplished in direct investments, CalSTRS also maintains robust co-investment program.

Overall, CalSTRS has kept a steady pace of about $2 billion commitments in the past two fiscal years (ended June 30) to private equity funds, many of which have remained with the retirement system for several years or more.

Unlike its sister state pension fund, California Public Employees Retirement System, CalSTRS has no big plans to winnow down the number of sponsors it works with. “That has not been a major initiative for us,” Wirth said.  “For a program of our size, we’ve been pretty disciplined” about not backing so many sponsors that its portfolio has grown unwieldy, she added.  CalSTRS has invested in about 120 GPs in its private equity portfolio versus about 389 for CalPERS.

Looking ahead, CalSTRS appears to have room to grow it private equity portfolio. Late last year, the pension fund raised its allocation target to 13 percent from 12 percent, while paring back its target for bonds. Thanks in part to the bull market for stocks, which has pushed up the total value of the portfolio, CalSTRS would have to get about $1.8 billion more to work in the asset class to get to its target. Still, that doesn’t mean the pension fund will step up its pace of private equity commitments in a significant way to compensate.

”Due to the nature of private equity, we focus more on long-term trends,” Wirth said. ”We don’t try to move PE allocations rapidly. The last two or three years we’ve been investing in the $2 billion plus per year range.”

It’s also looking at continuing its program in co-investments, with about 75 deals now under its belt, and its emerging managers program.

Wirth said CalSTRS “long and distinguished private equity program has weathered the storm” of the 2008 financial crisis and its aftermath.

“We’re as strong as ever and despite the fact that things are tough all around in this low-return environment we are making good investments,” Wirth said.  “That’ll help the teachers in the long term.”

CalSTRS made headlines in late 2012 when it joined the University of California in reviewing its gun investments, including the Cerberus Capital Management fund that owned the Freedom Group, maker of the gun in the Newtown, Conn, school killings.

Cerberus is working on a funding mechanism to allow fund investors to exit The Freedom Group, more than a year after the death of 26 children, according to a report in December from sister news service Reuters.

CalSTRS has sold off its holdings in publicly-traded Smith & Wesson Holding Corp and awaits a deal by Cerberus on the Freedom Group. Seth Hall, a senior investment officer for private equity, said Cerberus has been working diligently to divest Freedom Group.

“Cerberus has a large diverse investor base—an explicit responsibility to all its investors—we are only one of many,” Hall said. “While to the public it may seem like a long process, it’s not unusual in private equity to take a significant time to sell a company (and) one where there’s noise only makes it more complicated.”

“We really liked Rob’s profile with varied experience over more than a decade,” said Margot Wirth, director of private equity. “We’re just very happy to have someone who’s actually worked on the GP side, worked in secondaries, and worked for smaller funds with a more concerted focus on middle markets—to bring complimentary skills to our intact, solid team.”

Ross said he chose CalSTRS among a number of different opportunities.

“The culture is incredibly strong and encourages innovation,” Ross said. “We are an empowered group of people focused on a single mission—to support the teachers of California. That translates to educating the children of our state. To me, it’s rare you can find that in a high quality institution, within the private equity industry.