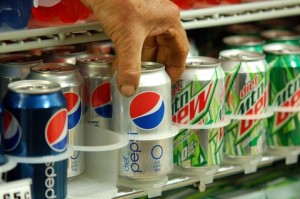 The Independent said on Thursday there were rumours that Rexam was a potential takeover target for U.S. private equity firms. The Times added there were also talks that any deal could be at “generous-sounding premiums.”

Neither report gave details about a possible price or potential suitors for the company, which makes aluminium cans for companies such as Coca-Cola Co, Anheuser-Busch InBev and Heineken NV.

Rexam could fetch between 520 pence per share and 550 pence per share, Thomas Picherit, an analyst at independent research firm Alphavalue, told Reuters, valuing the company at 3.87 billion pounds at the top end of the range.

At Thursday’s high of 499.8 pence, Rexam had a market capitalisation of 3.52 billion pounds. The stock was up 6.5 percent in morning trading, adding to the 5.3 percent gains over the past three days since hitting a two-year low on Friday.

A spokesman for Rexam declined to comment on the reports.

“Private equity has in the past taken significant interest in the glass bottle industry and in the food can industry, both of which are very mature,” Jefferies analyst Sandy Morris said.

“The logic is if the beverage can industry is also becoming mature it would be a natural market for private equity to play.”

Morris said industry consolidation would be difficult due to antitrust issues as the top three beverage can makers in the world, Rexam, Ball Corp and Crown Holdings Inc, control more than half the market.

Rexam and Ball Corp each controlled about 21 percent of the global market in 2014, while Crown held a 19 percent share, Vertical Research Partners said in a note in December.

Morris added, “Therefore the prime suspects would be private equity.”

(Reporting by Esha Vaish in Bengaluru; editing by Savio D’Souza)