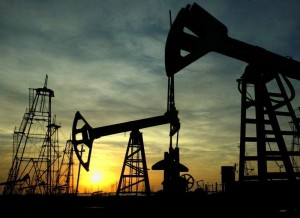 Headed by Co-CEOs Kevin Brown and Lauchlan Currie, ARC Financial Corp waded into the fundraising market about 10 weeks ago for ARC Energy Fund 8. The 2012 predecessor fund drew in about $800 million, based on current exchange rates for the Canadian dollar.

LPs have been drawn to Fund 8 partly because of the firm’s track record, as well as the opportunity to participate in lower-priced deals stemming from a sharp drop in crude oil prices in recent months, the source said.

If ARC Energy Fund 8 reaches its $1.2 billion cap, it’ll be the firm’s first private equity pool to break the $1 billion barrier. ARC launched its first fund in 1997 with about $125 million in commitments.

All told, it’s raised about $3 billion in commitments from its private equity funds, not including any pledges to ARC Energy Fund 8. LPs in past funds include universities, foundations and endowments.

Founded in 1989, ARC typically targets investments of about $20 million to $80 million each for terms of three to eight years, with a focus on the upstream oil and gas sector, which includes fossil fuel exploration, development and production. Investments include emerging resource plays and oilfield services.

While the firm’s leadership has been unchanged for many years, it did add Chris Seasons to its team as a senior advisor, according to a Feb 26 statement. An engineer by trade, Seasons retired last June as president of Devon Canada, a unit of Devon Energy. He’ll work on new deal origination, operational matters and will sit on company boards as a representative of ARC Energy Funds, the firm said.