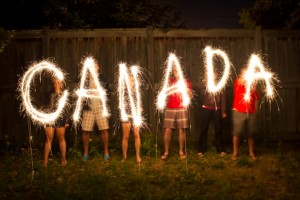 The Canada Pension Plan Investment Board, one of the world’s biggest pension funds, reported gross investment returns of 1.6 percent in its fiscal second quarter on Thursday, driven largely by a boost in net investment income.

CPPIB, which manages Canada’s national pension fund and is a major global dealmaker, said it ended the period on Sept. 30 with net assets of C$272.9 billion ($205 billion). That compared with C$268.6 billion at the end of the previous quarter.

“Despite significant declines across all major global equity markets and mixed results in fixed income markets this quarter, the CPP Fund showed a modest gain,” noted CPPIB Chief Executive Mark Wiseman, in a statement, adding that diversification of the portfolio across geographies and asset classes had contributed to the fund’s resiliency.

The pension fund has about 50 percent of its portfolio in public and private equities. It has roughly 30 percent invested in fixed income products and about 20 percent in real assets like real estate and infrastructure.

In an interview on Thursday afternoon, Wiseman said that the fund manager is now looking more at diversifying within those three asset classes rather than moving money from one bucket to another, given the vast size of those pools of capital.

He said the fund has no plans to invest in niche areas like art or wine, but he playfully mused that such investments could have certain merits.

“We are looking at additional asset classes, but for us it is not the more esoteric things like art and wine, though from a personal perspective there’s some benefit to being able to drink your investment if it doesn’t work out well.” ($1 = 1.3331 Canadian dollars)

The joint venture could double to $1 billion, with e-Shang investing through its Seoul-based unit Kendall Square Logistics Properties, the companies said in a statement. e-Shang is partially backed by private equity firm Warburg Pincus.

The JV plans to invest in projects in the metropolitan areas of Seoul and the port city of Busan, targeting an area of 1.5 million square meters of real estate in total over the next several years, the statement said. (Reporting by Elzio Barreto; Editing by Gopakumar Warrier)