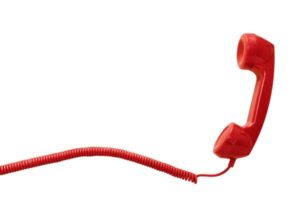 The last few months have been a whirlwind for LPs. The coronavirus crisis has shrunk public equity holdings and frozen private holdings. Adding to the mix is uncertainty – how long will the crisis continue and how much will it impact the markets going forward?

LPs’ major concern over the first two-and-a-half months of the crisis has been liquidity – whether they have enough of it, and how to get more of it if they need it.

There is a good reason for that. In April, Los Angeles City Employees’ Retirement System chief investment officer Rodney June said the $17.7 billion fund had seen a sizable hike in capital calls since the beginning of the market dislocation. June said calls had risen from an average of about $25 million per month to between $60 million and $70 million.

I was curious enough about this to ask other LPs I cover. They painted a mixed picture.

Texas Municipal Retirement System director of private equity Tom Masthay said the $31.4 billion system also saw its capital calls go up 2.5 times, but only in the short term. According to internal data, 60 to 70 percent of the capital called from Texas Municipal between March 1 and April 13 was to pay down credit facilities and defend existing investments.

“Since that time, we’ve seen capital calls fall off a cliff,” Masthay says. “I literally have nothing that is waiting to be funded right now for the next two weeks. And we have $2 billion in uncalled commitments, roughly.”

A different kind of dealflow

The big question is how long this lull in dealflow will last. It may come back relatively soon, but in a different way than expected. As seen elsewhere in these pages, Hamilton Lane chief executive officer Mario Giannini told Louisiana Teachers that dealflows could rebound relatively soon – but focused heavily on rescue capital, distressed debt and special opportunities as opposed to traditional buyouts.

Kelly DePonte, a partner at placement agent Probitas Partners, says so-called “dislocation funds” are starting to pop up that would target companies similar to AirBnb, which recently got a $1 billion investment from Silver Lake and Sixth Street Partners. “The feeling is that companies like this are not permanently impaired or distressed but are suffering from a market dislocation that will begin to reverse itself once the economy begins to re-open,” he says. Many deals like this are under discussion, DePonte says, and many involve preferred equity instead of common stock or debt.

A matter of timing

Lots of LPs want to avoid abruptly changing allocations and commitment strategies based on short-term trends. “Most of the evidence suggests people can’t time the market, and almost everything people are talking about right now is about timing the market,” Masthay says when asked about Texas Municipal’s plans.

Nevertheless, most agree legitimate opportunities will be on the table in the next year or two. According to Masthay, Texas Municipal is looking at what their existing managers are doing in distressed or opportunistic investing. “I think we’re cautiously putting our toe in the water,” he says.

I have noticed several other LPs – including LACERS, Louisiana Teachers and Los Angeles County Employees Retirement Association – also express interest in some form of opportunistic or distressed investing. The bottom line still seems to be that LPs want to maintain their private equity pacing and are determined not to let the current market upheaval distract them from that goal. Some LPs feel they were excessively cautious during the 2008 crisis and missed out on accretive returns.

LACERA CIO Jonathan Grabel admitted as much in a March letter to his board, writing that the fund made a mistake in suspending new private equity commitments as that crisis played out. “Looking back, LACERA would have been better served maintaining a consistent investment pace,” Grabel wrote. “The 2009 vintage year has been one of the best-performing vintage years in private equity over the past two decades.”

I would imagine many LPs feel the same way about missed opportunities.