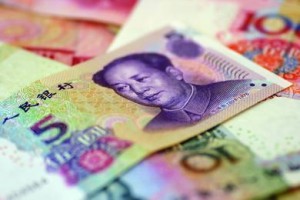 China’s government is frequently lambasted in the West for its authoritarianism, its track record on human rights and its mistreatment of dissidents. However in the economic sphere, the Chinese Communist Party (CCP) has shown a remarkable willingness to listen and learn from countries and multilateral organisations with far greater knowledge and experience of the workings of capitalism.

Had the country taken a more isolationist approach towards the transformation of its economy, the process would probably have never gained traction as it did in the 1990s and the transformation from a centrally-planned to a market economy would almost certainly have been a much bumpier ride.

One example of China’s willingness to listen came in the 1980s when it invited Robert McNamara, then president of the World Bank, to visit the People’s Republic. The Chinese government wanted to secure World Bank financing, but also displayed a remarkable willingness to introduce the regulatory and ownership reforms that are supposed to accompany such funding. In the end McNamara came and helped the world’s most populous country to institute the appropriate governance changes for banks and other financial institutions.

Wind the clock forward two decades and Britain appears to be fulfilling a similar role in helping shape the future of China’s private equity industry. The UK government is, according to a recent report in the Financial Times, advising the CCP on how to establish a thriving private equity industry, with the Treasury passing papers on tax and regulation to Beijing.

“The Chinese are very keen to develop a domestic market,” says Dag Detter, a senior adviser to Terra Firma, the UK buy-out firm, who has worked with the Chinese government on private equity. “Their leadership rightly believes that doing so would further stimulate growth and strengthen the country’s business sector, and the UK’s participants are happy to help.”

A senior Treasury official confirmed the UK government’s role in helping the Beijing government by passing on papers covering a range of fiscal and regulatory policies relating to private equity. However, he insisted the Treasury is not “forcing anything down their throat” point out there is a genuine appetite from the Chinese to learn about how the UK has developed a vibrant and healthy private equity industry.

If the UK can become China’s port of call when it comes to advice in improving standards and regulations for private equity, it could give British players a head start when seeking Chinese deals. British buyout chiefs claim that the UK has generally benefited because of China’s current wariness towards US, which has been exacerbated by America’s aggressive stance towards the acquisition of US companies by sovereign wealth fund and congress’s insistence that China should allow the renminbi to appreciate.

The Chinese government has recognised a new framework is required and wants to make sure it gets this right. At an M&A conference on July 8, a senior official at China’s central bank said that the industry is now seen as an important source of capital for China’s state-owned companies.

This is why the National Development & Reform Commission (NDRC) is forming a taskforce to draft rules that will formally recognise and regulate private-equity investments – presumably with input from the UK Treasury. The new rules will introduce market-based principles and ensure that private equity can develop in a sustainable manner in China. The NDRC is also aiming to streamline the approval process, regulatory powers, and list requirements for investors and investment managers entering the Chinese market.

The State Council also recently approved ten locally-based private-equity funds. These include the Shanxi-based energy fund, a Guangdong nuclear power fund, a Shanghai financial fund and two funds invested in high-tech industries. These funds are said to be running a total of RMB160bn (US$23bn).

In clear sign that private equity has entered the mainstream in China, the country’s US$74bn pension fund was recently granted permission to invest 10% of its assets in the asset class. Initially the National Council for Social Security Fund (NSSF) will invest US$290m each in funds managed by indigenous private-equity houses CDH Investments and Hony Capital but later also invest in other buyout funds and may even set up its own fund.

Shaun Rein, founder of China Market Research Group, is confident that the CCP is now a believer in the transformational power of private equity. “The government is very open to private equity, particularly if it will bring technological or intellectual know-how. Venture capital is particularly welcome. The government’s major concern is that too much capital is flowing into China. They are concerned about over-heating. They also don’t want to see any investments that could threaten the stability of the [Communist] Party.”

Generally, investors that are “guided” by CCP thinking and have the nouse to read where it would like them to invest and in what way are the most likely to thrive. Those which inadvertently break the rules or in any way upset the party – as both Carlyle and TPG are understood to have done in recent years – are likely to find obstacles in their path.