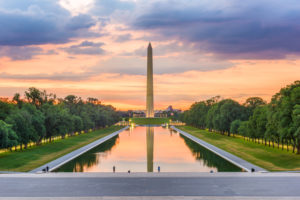 Capitol Meridian, formed by a group of former Carlyle executives, is raising its debut fund for investments in businesses that provide services and products to government customers, according to sources as well as the firm’s Form ADV.

The firm, like other first-timers in the market, is raising a fund at a time of slowing fundraising and LP hesitancy to back new teams as they stick with their established relationships.

While challenging, some new shops are gaining LP attention, usually through pre-fund track records and/or strong pedigrees from larger firms.

Capitol Meridian, formed last year, is expected to have more than $100 million under management as of April, according to the firm’s Form ADV. The firm filed a Form D fundraising document in June for Capitol Meridian Fund I without disclosing a target or amount raised. It also filed a Form D in July for what appears to be a special purpose vehicle called CMP Ren Partners I that raised $62 million.

The firm targets businesses with between $15 million and $75 million in EBITDA with potential to require $50 million to more than $150 million of equity upfront or over time, the firm’s ADV said. It makes investments through commingled funds and individual SPVs raised for deals, the ADV said.

Capitol Meridian joined an investor consortium that included Declaration Partners and 22C Capital in the acquisition of the for-profit subsidiary of LMI, which provides tech-enabled management consulting, logistics and digital and analytics services to the US government, according to a statement. The deal is expected to be closed in the third quarter.

Coburn also worked at Carlyle for more than 25 years, most recently as deputy CIO in the firm’s real asset segment. He was a founding member of Carlyle’s technology, media and telecom practice and the US mid-market and growth PE group.