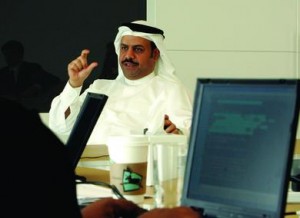 The Troisdorf-based company, which develops, manufactures and markets PVC window and door profiles, has been bought by Arcapita, a Bahrain-headquartered investment firm, for €775m.

The deal is Arcapita’s largest investment to date, and its third in the building materials industry. HT Troplast, also known as Profine Group, employees 3,750 people in 26 locations in 21 countries, and recorded a turnover in 2006 of €848m. The group generates more than 50% of its revenue in Central and Eastern Europe.

Mounzer Nasr, head of Arcapita’s European Corporate Investment team based in London, said: “Profine represents an opportunity for our investors to participate in the long-term growth opportunities of Eastern Europe where there is still a shortage of housing and the existing stock is in urgent need of renovation. The business has a very strong management team and we look forward to working closely with them.”

HT Troplast was acquired by Carlyle and Advent in December 2004 from German chemical group Rütgers for an undisclosed sum. The company sold its two non-core divisions in 2005: Trocellen, a provider of cross-linked polyolefin foam products, to Furukawa Electric and Otsuka Chemical, and Dynos, a leading producer of vulcanised fibre, to M2 Capital Partners. Significant investment was made in the company’s manufacturing sites and it expanded its international sales efforts. As a result, turnover from 2004 to 2006 grew at double-digit rates, resulting in net sales of more than €800m in 2006.

Gregor Böhm, a managing director at Carlyle, said: “During our ownership, HT Troplast has exceeded overall market growth and profitability expectations in all of its key markets. By empowering a very experienced management team and strengthening the company’s financial standing the company has been able to realise its full potential and expand its pan-European market leadership. HT Troplast is a great example of how private equity creates value in the companies in which we invest.”

Ron Sheldon, a director, and Ralf Huep, a managing director, both of Advent International, said: “HT Troplast’s position as a clear market leader was reflected in the high level of interest that its sale attracted. What’s so exciting is that it still has major growth potential in strategically significant markets such as Ukraine, Romania, Turkey or Asia.”