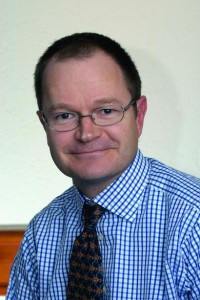 The company has 11 manufacturing sites in both countries and Hungary and China, and generated an annual revenue last year of approximately £500m.

Bud Watts, managing director at Carlyle, said, “We would like to thank CEO David Mortimer, former CEO Armand Lauzon and the Firth Rixson management team and employees for their tremendous efforts in building this company since our initial investment seven years ago. This investment has been a great success for Carlyle and our investors, with our US and European buyout teams partnering to support the aggressive growth of the Firth Rixson platform on a global basis.”

Lehman Brothers’ investment began in September 2006 when it acquired a 36% stake in the company. This was followed in May 2007 with the purchase by Firth of Future Tech, California-based business specializing in the machining of ultra large aerospace components.

Rowan Taylor, a Partner at Oak Hill Capital Partners, added, “Firth Rixson’s management team has a tremendous record of operational excellence and financial success. We believe the company is well positioned to enjoy record growth over the next few years as it delivers its critical products to its aerospace and industrial customers. We look forward to working with David and his outstanding management team.”