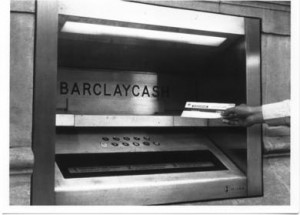 Carlyle has just agreed, as announced on 16 June, to acquire the business of UK banknote printer for £360m on a cash and debt free basis. The acquired business includes counting, checking and processing equipment used in ATMs (automatic teller machines) and by tellers in retail bank branches.

The investment is being made through the £4.2bn Carlyle Europe Partners III fund.

The disposal results from a strategic review initiated in November 2007 by De La Rue, advised by Rothschild and JPMorgan Cazenove.

Other bidders for the business are believed to have included KKR, Bain Capital and the German trade buyer Wincor Nixdorf.

De La Rue Chairman, Nicholas Brookes, says: “”The disposal of Cash Systems, in the more uncertain economic environment, reflects the quality of the business that we have built since 2004 and crystallises its value for our shareholders. We wish the business well under its new ownership.”

Carlyle is expected to focus on the Latin American market.

Following completion of the disposal, De La Rue will return £460m to shareholders, including £160m announced with the preliminary results on 22 May 2008.

Brookes continues: “Going forward, the Group has a high quality business in Security Paper and Print, capable of providing Governments, Banks and international corporations with the highest levels of customer service to sustain strong growth in shareholder value.”

De La Rue’s history dates back to 1813, when Thomas de la Rue published the first edition if Le Miroir Politique newspaper in Guernsey. His business went on to print the stamps and banknotes of the British Empire. Amongst its innovations and landmarks, De La Rue invented the first envelope folding machine, produced stamps for the Confederate States during the US civil war, and helped popularise Christmas cards.

On the Cash Systems side, De La Rue first marketed a banknote counting machine in 1957 and helped develop the world’s first through-the-wall ATM at Barclays Bank’s Enfield Branch in 1967.