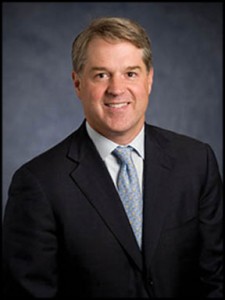 1. Along with your title as managing director at The Carlyle Group, you’re also co-head of the $1.1 billion Carlyle Equity Opportunity Fund and an 18-year veteran of the firm.  Any updates on the fund?

We’re coming up on our second anniversary. We’ve made 11 investments and we’re 77 percent invested and committed. We’ll probably make three additional investments from our current fund. We’ve had three partial exits so far. Service King Collision Repair Centers (sold to The Blackstone Group in July) was the most material one. We underwrite every investment to a 3x cash on cash multiple and it did well relative to that goal. We did a dividend recap for Philadelphia Energy Solutions (acquired in 2012) and the third is Galaxy Brand Holdings Inc, which we sold to Sequential Brands Group Inc. We took half of our money out and became the largest shareholder. It’s relatively early. Only five of our 11 investments have been in our portfolio for more than a year. It’s a young fund. We’ve returned 42 percent of our invested capital thus far. We’re the middle-market private equity arm of Carlyle Group in the U.S. Carlyle is best known for its flagship buyout franchise (Carlyle Partners VI LP raised $13 billion). We operate alongside of them. There’s a line of demarcation around deal size. They invest in more than $200 million in equity and we focus on less than $200 million in equity. Other than that, the businesses are similar. We focus on the same sectors. We have dialogues around deal flow and due diligence. If you look at our portfolio, we’ve had some deals originated by them and vice versa. It’s a symbiotic relationship between the two funds.

2. How does the middle market fit into the Carlyle family and how does it compare to other mid-market firms?

Middle market is Carlyle’s original line of business. I started in 1996. At that point, Carlyle had one investment fund and one office. The important thing is the resources that Carlyle brings to the table for a middle market company is like night and day relative to the Carlyle platform in the 1990s, and compared to other middle market funds today. We’re tapping into the 400 CEOs that Carlyle has backed and the 200 portfolio companies that Carlyle owns globally and our stable of operating partners. We tap into U.S. buyout sector experts and personnel around the world. Most of our competitors are single office shops. We bring a lot more to the table. We’re highly differentiated.

3. You mentioned Philadelphia Energy Solutions, the 330,000-barrel-a-day refinery. What would be the logical exit for an asset like that?

We were buying a hard asset and 1,500 acres in Philadelphia with this deal. The core issue they had was sporadic profitability because they were importing all their oil. If you look at the business today, they’re the largest consumer in the U.S. of Bakken oil, accounting for about 20 to 25 percent of the output from that region. It’s a remarkable transition. A lot of that was vision, a lot of it was hard work by the management team. They built one of the largest loading facilities—a six mile circular track designed to handle the trains carrying the oil. As a result, profitability has changed. Now you’ve got renewed interest in U.S. infrastructure and oil production. In terms of an eventual exit, there will be a lot of strategics interested among multinational oil companies. There’s also a well-worn path to public markets for energy companies, whether they’re master limited partnerships (MLPs) or some other form. And there are other public refinery assets out there. My best guess is you’d see an eventual listing or a strategic buyer.

When I started at Carlyle all we did was mid-market buyouts. A billion dollar fund in those days was a large fund. I’ve always gravitated toward situations where the little things you do can translate to a big impact on a company. This area has generated some of Carlyle’s best deals. We think our ability to continue to generate great deals has improved by virtue of the resources and the platform available to us, the ability to find proprietary deals, conduct due diligence more quickly, and the ability to add value to bring in expertise. There’s no one else that has built this dedicated effort around the middle market while harnessing the full resources of the platform.

5. LPs seem keen on middle markets nowadays. Where does that leave the mega funds? Do they have to prove themselves all over again?

Our track record in big and middle-sized funds has been very good. Both of them are attractive investment options. Our investors in the middle market tend to be smaller groups. We tend to have more family offices and smaller financial institutions. There’s a difference in the LP base compared to mega funds, which cater to larger LPs that have to deploy in $100 million to $500 million in increments. Those groups don’t typically invest in smaller funds because GPs can’t absorb those check sizes. They’re both good businesses. There may be a stigma at the moment against big funds, but at least at Carlyle the returns for our big U.S. fund have been great. LP sentiment sort of swings and funds go in and out of favor over time. That’s at work here. But they’re both very good businesses at Carlyle. The key is that they’re not mutually exclusive. The typical mid-market fund is a pretty small shop. They don’t have the resources. But we have a team in Asia that a portfolio company can call, for example. The big buyout and middle market buyout businesses fuel each other. For example, Service King is the largest U.S. chain of collision repair centers. We introduced them to Axalta (the large coatings business Carlyle bought from DuPont), and they ended up cutting a deal that was very attractive that allowed Axalta to supply paint to Service King. For Service King it lowered their costs, and for Axalta it added a significant customer.