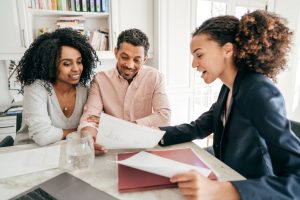 “Leaning in” is good advice for women in private equity, but firms need to be flexible about career paths to accommodate employees with children, sick parents or other issues, said Sandra Horbach, managing director and co-head of U.S. buyouts at Carlyle Group.

“We will lose really good talent unless we become more adaptable to our employee base,” said Horbach, who spoke Wednesday during a keynote presentation at “The Private Equity Women’s Initiative Forum.”

Horbach spoke to an audience filled with women, women of color and some African-American men. PE firms need a “commitment at the top” to attract diverse candidates, Horbach said. “[Otherwise] people will think it’s lip service. At Carlyle, everyone is committed to this,” she said.

During the keynote, she talked about the hiring of women and diversity candidates in private equity. Diverse candidates comprise 64 percent of Carlyle’s incoming 2018 associate class, she said. Forty-three percent of the incoming 2018 class is female, a Carlyle spokesman said.

More than 50 percent of Carlyle’s pipeline is women, Horbach said. “We know that firms that are diverse make better investment decisions,” she said. “The research is there.”

Horbach is well-known in the PE industry. In 1992, she became the first woman partner at a major buyout shop when Forstmann Little & Co promoted her. She left Forstmann in 2004 for Carlyle. Last year, Carlyle made Horbach one of the two co-heads of its U.S. buyout arm.

Horbach noted Wednesday that the private equity industry employs many women, but these executives are often in positions like marketing. “There are lots of women at other firms [who are] not controlling the dollars,” she said. “I want to see more women in that seat.”

LPs, she said, really do care about diversity. “I’m a little surprised that [LPs] haven’t cared more with their dollars,” she said.

Horbach did have some tips on how to survive the hard-charging PE world. Many women are not assertive enough at work and have to learn to be their own advocates, she said.

She also advised against getting defensive “because it makes people uncomfortable.” Instead, she said executives should try to state their points in a “positive way.”

When asked what advice she would give to younger women, Horbach said they should try to determine if private equity really is for them. “What we do is not easy. We work really hard. [Private equity] can be incredibly rewarding if you love what you do,” she said.

Horbach said she had many mentors in her professional career. She joined Carlyle in 2005 to launch the firm’s consumer & retail group. Before that, she was a general partner at Forstmann for 18 years, her biography said. “It is incumbent on all of us to do whatever [we can] to help those coming behind us,” she said.