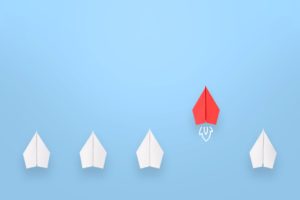 Carlyle Group ran a process earlier this year that allowed investors in older financial services-focused funds to cash out of their interests, which also raised millions for the firm’s next flagship pool, sources told Buyouts.

The deal, known as a tender offer plus staple, is an example of a strategy some firms use to boost momentum around a fundraising process. The staple component is provided by the lead investor or investors on the deal, which can raise concerns about conflicts.

As fundraising becomes tougher in the volatile market, with many LPs at or above their allocation caps, more GPs may use tender offers as a way to reach their fundraising targets, secondaries market sources have said in recent interviews.

Tender offers are simply an offer by the GP for LPs in an older fund to sell to a pre-selected buyer or buyer group, at a predetermined price. Tenders often include a portion of fresh capital the buyers agree to kick in to a new fund as part of the transaction, known as a staple.

In Carlyle’s process, which closed earlier this year, sources said, the firm gave limited partners in two of the firm’s financial services-focused funds the option to cash out of their interests in the pools. Carlyle raised three financial services funds, including the most recent, 2017 vintage Fund III, which raised just over $1 billion, according to Carlyle’s second quarter earnings report.

It’s not clear who the buyers were on Carlyle’s deal, though it was a group of investors rather than just one, one of the sources said. PJT Park Hill worked as adviser on the process, sources said.

A Carlyle spokesperson declined to comment. The deal, which totaled around $500 million to $600 million, provided about $200 million in fresh capital to Carlyle’s eighth fund, which is targeting $22 billion, Buyouts previously reported. The fresh capital aspect of the deal is known as the “staple” component. Fund VIII had raised at least $13.5 billion, according to the earnings report.

While staples have been a part of secondaries deals for a long time, tenders plus staples fell out of favor to some extent in the past few years. Some see conflict in that a firm may be more likely to choose an investor offering a staple as part of a tender process, as opposed to the investor offering the highest price for LP stakes.

Also, LPs have historically not rushed to sell in tender processes. Without sufficient LP sales, tender processes don’t achieve a size that makes them attractive to larger buyers.

Last year, a notable tender plus staple process was run by Berkshire Partners, which was in market raising its 10th fund, targeting $6.5 billion. Goldman Sachs Asset Management, Partners Group and HarbourVest Partners were lead buyers on the process, which was offering LPs in older Berkshire funds a 2:1 ratio of secondary-to-staple capital.

Fund VIII is part of Carlyle’s ambitious plan to raise $130 billion in fresh capital by 2024, with about half that target tied to the global private equity platform, Buyouts previously reported. If Fund VIII hits its target, it would be 19 percent larger than Fund VII, which closed on $18.5 billion in 2018.

Earlier this month, the firm’s CEO, Kewsong Lee, abruptly stepped down. The firm is searching for a replacement.

Secondaries overall had a strong first half, despite economic uncertainty and widening gap between buyer and seller price expectations. Overall volume hit an estimated $59 billion in the first half, beating last year’s first-half total, according to Lazard’s 2022 H1 volume report.