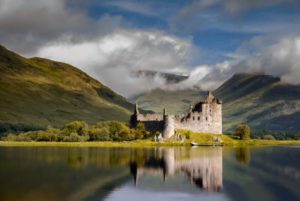 Castlelake launched a $750 million top-off vehicle to its fifth flagship fund, specifically focused on opportunities provided by the coronavirus crisis.

According to documents from Teachers’ Retirement System of Louisiana‘s July 31 investment committee meeting, Castlelake V Dislocated Opportunities LP was launched to invest in “asset rich, cash-flow generating opportunities that have developed due to forced or motivated sellers or capital needs” as a result of the covid market dislocation.

“[Castlelake] intends to invest in downside protected assets that have the potential for upside as the market normalizes,” said a presentation from consultant Hamilton Lane. The new vehicle will start out with a focus on the dislocation in the “liquid segment” of the market but shift into illiquid markets over time.

The vehicle will make 30 to 50 investments between $15 million and $30 million with an expected hold of up to three years. It will have a global scope and work across diversified industries. The firm will also remain focused on its existing strategies, which include aviation assets and diversified assets in both the US and Europe.

Castlelake was founded in 2005 by Rory O’Neill and Evan Carruthers as TPG Credit Management. Originally, it was a joint venture with TPG Capital, but in 2013 the firm bought out TPG’s minority stake and re-branded as Castlelake. In a 2013 interview with Buyouts, O’Neill said TPG never had any governance rights over Castlelake.

The firm has expertise in “aircraft asset ownership, financing and servicing.” It has $16.5 billion in assets under management, with $6.4 billion of that in distressed debt.

Castlelake did not respond to a request for comment for this story. Louisiana Teachers committed $50 million to the fund. Last year, it committed $75 million to a separate Castlelake fund, as Buyouts reported.