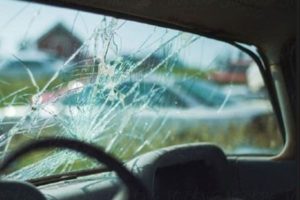 Clayton Dubilier & Rice is exploring options for its portfolio company Belron, which operates various glass repair brands globally, including a potential process that would give the firm more time to manage and grow the company, sources told Buyouts.

A single-asset deal for Belron would be among several that have been shopped by established GPs looking for more time to grow choice assets. GP-led deals like single-asset continuation fund processes are helping to drive secondaries activities in the recovering markets.

A secondary for Belron would not happen until after a minority stake sale, which is another potential option for the company, one of the sources said. Belgian newspaper De Tijd reported last month that CD&R was in talks to sell a quarter of its stake in Belron. A spokesman for CD&R declined to comment about a sales process.

Lazard is working with CD&R as secondaries adviser, sources said.

CD&R acquired a 40 percent stake in Belron in 2018 through its tenth fund. The deal valued Belron at €3 billion, which was expected to drop to €1.55 billion after deducting debt and a €453 million dividend payment, PE Hub previously reported.

Secondaries volume, which came in around $60 billion last year, is expected to recover its momentum as markets emerge from the pandemic. GP-led deals, like single-asset processes and direct secondaries, represented about 43 percent of total volume last year, according to Campbell Lutyens’ full-year 2020 secondaries report.

Of that GP-led total, single-asset deals represented about 35 percent of volume, the report said. “Single asset secondaries experienced the strongest year-over-year growth of any GP-led transaction,” the report said.