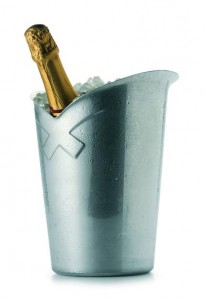 This year, the is also celebrating its 25 year anniversary. Formed in 1983 when a small group of venture capitalists together with John MacGregor MP, the then Minister for Small Firms, got together to form an association that would have a voice for the domestic venture capital industry. Membership of the BVCA was just 34 full-time and no associate members in 1983. Today full membership stands at 218 and associate membership at 219.

Wol, you started out in the industry at Baronsmead (now ISIS Equity Partners) in 1992, what attracted you to the industry?

Believe it or not, I’ve always wanted to be a venture capitalist. It started with an economics talk in school and 3i were mentioned (at the time Investors in Industry) and I thought investing in companies would be an interesting thing to get into. Back then, everyone thought I was mad. But if you like business, there is no better job to be doing.

I joined Baronsmead as a 26-year-old and it was hands-on from the start. It’s an output-driven business and what’s most important is what comes out of it at the end. That’s what people don’t realise – it’s a totally absorbing business.

But twenty-five years ago, private equity was way off the radar, it wasn’t even a cottage industry. In spite of this, the BVCA has managed to punch above its weight for many years. Our ability to influence government and foster entrepreneurship at the time was far greater than the size of the industry and its impact on the UK economy.

And as a result of this, the UK private equity industry is certainly no longer hiding under a bushel – we are now on the main radar.

And how have you seen the UK industry evolve over the years?

Even the boom and bust of the dot.com era helped to put entrepreneurship on the map and to really push it forward. But the entrepreneurs of tomorrow will always be different – it is a changing industry. For example, healthcare was an ‘investment desert’ in the nineties and became a hotspot in the early 2000s. For technology it has been the opposite.

With regard to the increasing involvement of the banks over the years – our attitudes towards financial engineering has definitely changed. But financial engineering is dull. For the past 18 months critics have been saying: “It’s easy and it’s always going to be like this.” They don’t have a clue. Anyone with any knowledge in the industry would have said: “The money’s not going to be there forever.” We are not totally immune to the business cycle.

The key as always in private equity is about adding value. Blackstone’s investment in Merlin Entertainment for example is amazing – that business has gone on to become the second biggest entertainment company in the world. Private equity firms have a remarkable vision for their companies.

The last year in particular has seen private equity come under a harsh spotlight by critics in the media and the Walker report and working party which the BVCA put in place has gone some way to promoting more transparency in the industry. What challenges lie ahead for the industry?

The challenge that lies ahead for the industry is for us all to accept that things have changed for ever, and to adapt fully to our new circumstances. We are now under the spotlight in a way we never were before. This is because we’ve become part of the mainstream.

Private equity is a critical and now familiar part of our economy, and this is largely due to our success, of which we can be justly proud. But we need to do more to adapt to this new more prominent role and the responsibilities it brings with it.

The way we responded by setting up the Walker review was part of the answer, but ensuring Walker’s guidelines are implemented appropriately, that member firms adopt a more communicative approach generally, and that we at the BVCA continue to do more to persuade our stakeholders that private equity is a force for good, are all crucial.

Another challenge for the UK is that we’ve really struggled to get the UK pension fund industry to understand private equity. We’re still not pulling our weight in terms of where we should be in terms of domestic [UK] pension fund assets. Unusually for a developed economy our industry in the UK is mainly funded by overseas (in particular US) investors.

The BVCA has nevertheless lobbied strongly towards pensions. In 1999, there was the Myners Review and of course that had an impact but that was almost 10 years ago. So there is definitely room for more to be done.

We need to promote our industry in the UK as much as possible. If we try and drive funds offshore, it’s going to be bad news. People tend to forget how it used to be in the UK in the seventies. The atmospheres in the films Kes and Billy Elliot spring to mind. The UK was like that.

But there are some elements of British culture that hold us back. A comment that gave me pause for thought about the difference between the success of the US and the UK springs to mind. I was talking to an American investment banking friend of mine and he said: “You know what it is Wol, I thought you Brits understood being a capitalist, but you don’t. Beneath the surface you’re all socialists. If it came down to being given £10m and keeping it all or getting £10m and keeping £5m and giving the other £5m to the NHS, most Brits would choose to do that”.

This in a way has held us back so far from playing on a global scale. The biggest challenge for the next 25 years is how our industry is going to help companies to prepare for going global. If we don’t address the globalisation issue, we’re finished.

In the last few years, private equity has assumed a role on the UK economic stage. We have to grow into that role and learn to voice our opinion with confidence. Twenty-five years ago a brave few could have predicted it, but it was very hard to see. We have finally come of age. But it is ironic, we’ve moved out of a place where we had no attention and now we’re in a place where we’re trying to retreat out of the limelight.

Private equity has fundamentally been a force for good in this country. I think the UK would be a much poorer place if we did not have it and I think it is something we should protect.