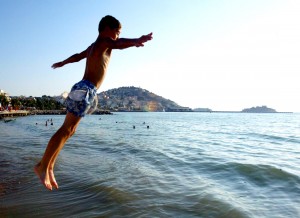 Barclays and Deutsche Bank were also chosen to work on the listing, which would value the company at around 2.5 billion pounds ($3.8 billion), one of the sources said, speaking on condition of anonymity because the matter is private.

In September, the private equity firm hired Rothschild to advise on its options for the resorts group, including a possible sale, floatation or refinancing ahead of a listing.

One of the sources said a decision has yet to be taken on the timing of any potential initial public offering.

Sky News, which first reported news of Blackstone’s hiring of the banks, also said Blackstone had rejected a joint takeover offer for the company three months ago from private equity firm BC Partners and the Canada Pension Plan (CPP), valued at 2 billion pounds.

Set up in the Netherlands in the 1960s as a “villa in the forest” retreat, the Center Parcs brand can also be found across Europe, under different ownership, with resorts in France, Holland and Germany.

The first UK site was opened in 1987 and the resorts group went on to be listed in 2003 on London’s AIM (Alternative Investment Market) by then-owners Deutsche Bank Capital Partners before moving to the main London market in 2005.

Following Blackstone’s acquisition in 2006 for 205.4 million pounds, the private equity firm invested 100 million pounds into the resorts and issued a 1 billion-pound refinancing package in 2012.

Center Parcs generated EBITDA (earnings before interest, tax, depreciation and amortisation) of 146.8 million pounds, according to its 2014 annual review.

By Andrew Winterbottom and Anjuli Davies