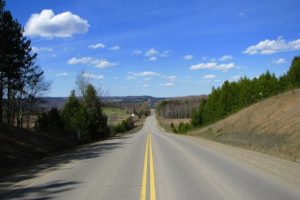 Centre Lane Partners, which pursues an esoteric focus on deals that at times include assuming management of older funds, has lost a slew of executives over the past few months.

Despite the departures, the firm’s employee count has grown to some 31 people from 15 five years ago, a source told Buyouts.

The firm is “comfortable where [it stands] in terms of team and a deep bench of smart, motivated people,” the source said. Given its growth, the firm has been able to attract more people over the past year to 18 months that it might not have been able to bring on in the early days, the source said.

Centre Lane was formed in 2007 by co-founders Quinn Morgan and Ken Lau. Centre Lane focuses on complex situations with a flexible strategy.

The firm was raising its most recent pool, Fund V, last year targeting $550 million. It had collected at least $490 million as of June 2019, according to a Fund D fundraising filing. Fund V originally was targeting $700 million in 2018, an earlier Form D said, but the target appears to have been lowered.

While the firm stays fairly well out of the spotlight, one of its most high-profile deals involved the break-up of a debut credit shop last year.

The firm acquired the portfolio of assets from Eaglehill Advisors, an emerging-manager credit shop formed by ex-Citi bankers Jason Cunningham and Mike Zicari. Centre Lane took over management of the assets, which is part of its strategy – it looks for control in its deals.

Centre Lane also in 2014 acquired interests in five funds managed by Perseus Group, which was winding down after the death of its founder, Frank Pearl.

“We are a deep-value firm that thrives on complexity,” Morgan told Buyouts at the time.