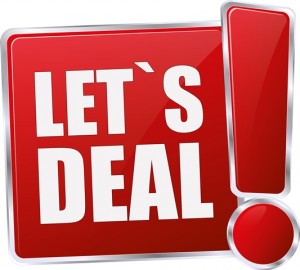 Century Park Capital Partners is talking to LPs about launching its third middle-market buyout fund on the heels of four quick acquisitions and last year’s recapitalization of Fund II, according to a market source.

The El Segundo, California-based firm declined to comment on any fundraising plans. Managing Partners Martin Sarafa, Charles Roellig and Guy Zaczepinski said the firm has been busy making deals after a secondary transaction gave the firm new capital to invest.

Century Park worked with Credit Suisse last year to put together an “optional liquidity solution” for LPs on Fund II, which was originally raised in 2005. Some of its fund-of-fund LPs were nearing the end of life on their older vehicles and were looking for an earlier exit, Sarafa said. The firm brought in new LPs and capital for additional deals. It’s not clear how much new capital the firm collected.

Executives at Century Park declined to name any LPs, but industry sources mentioned AlpInvest as an LP for the fund. A spokesperson for AlpInvest declined to comment.

The vintage 2005 Century Park Capital Partners II, which raised $265 million, logged a gross investment multiple of 1.9x on realized deals to date, according to data from the firm.

In a phone interview, Sarafa, Roellig and Zaczepinski said they expect the performance numbers to improve with exits on deals now in the works.

It’s taking longer to execute the firm’s buy-and-build strategy because of the Global Financial Crisis, they said.

“The story is we were simply delayed by the downturn,” Sarafa said. “We had planned to take gains in around 2010, but we started doing that in 2012.”

Aiming at middle-market targets with $4 million to $10 million of EBITDA, Fund II comprised eight platform deals and 19 add-ons, with a 20th add-on pending, he said.

Returns on the firm’s $107 million Fund I, now fully realized, were not available.

On the personnel front, the firm promoted Zaczepinski to managing partner and last year hired Kurt Gala as senior associate, Adam Zacuto as associate, and Matt Minnaugh as director of business development. Gina Yang, controller, has been with the firm since 2012.

Paul Wolf, a former managing partner at Century Park, left the firm and formed Deer Creek Holdings about a year ago. Martin Jelenko, listed as an executive on the firm’s Form D filing for Fund II, retired in 2008.

Armed with new capital, Century Park ramped up its deal making with some new platform acquisitions, including Mikawaya, a producer of mochi ice cream sold at Trader Joe’s and other stores. Century Park brought in food industry executive Jerry Bucan as chief executive officer of Mikawaya.

“We’ll take what’s been a family business with a phenomenal product that’s not been very well marketed and we’re looking to grow it,” Sarafa said.

Over the summer, the firm’s Moss Inc marketing solutions platform acquired Germany-based Marx & Moschner, a provider of environmental branding products for the retail and exhibit markets.

A month earlier, the firm bought Covercraft Industries Inc, a maker of protective products for vehicles, through a recapitalization. The firm is focusing on selling the company’s products to consumers rather than at wholesale.

Direct secondaries, including GP restructurings and recapitalizations, represented $5.5 billion of volume in the first half of the year, according to secondary intermediary Setter Capital. That was up 21 percent from the prior year.

In many restructurings, a new vehicle is created to house older portfolio companies, and existing LPs can choose to roll into the new fund or sell out to new investors. The GP gets new capital along with reset terms to incentivize the team to stick around.

More simply, some GPs choose to extend a tender offer to the LP base. In this case, the GP has already chosen a buyer through an auction process, and then alerts LPs they can sell at a certain price if they choose. LPs can also choose to do nothing.

Action Item: Century Park can be reached at: http://www.centuryparkcapital.com/Contact