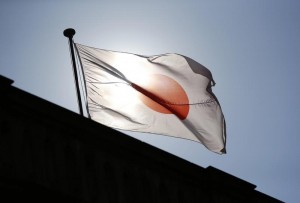 Cerberus was among the early U.S. investors along with Lone Star and Goldman Sachs to be drawn to Japan’s failed banks and hotels following the bursting of the country’s asset bubble in the early 1990s. Having turned the businesses around and sold them for a profit in initial public offerings, most have scaled down their Japan distressed investment operations in the absence of similar opportunities.

Now Cerberus has joined the exodus and sold off everything except its 35 percent stake in railway and property conglomerate Seibu, said the sources, who were not authorised to discuss the matter publicly. Cerberus is among the last remaining global distressed investors to pull back from Japan.

“Cerberus is effectively pulling out from Japan,” said one of the people.

In response to requests for comment, Cerberus referred Reuters to a statement to clients in which the firm said it would continue to look for investment opportunities in Japan under new management.

The firm led a bailout of Seibu in 2006 after a scandal involving falsified shareholder records resulted in its delisting. After clashing with the company over its IPO, the fund unsuccessfully tried to take control of its board.

Cerberus has not made new major investments in Japan in recent years and its activities have been mostly focused on reaping returns from past deals.

The fund had been looking for new opportunities in Japan but decided to cut back on operations given the poor prospects, the people said.

Cerberus became widely known in Japan in the 2000s when it invested in companies including Aozora Bank Ltd.