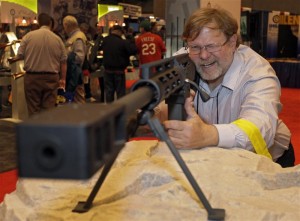 The offer values Remington at $880 million, according to an offer letter to LPs viewed by The New York Times, which initially reported the deal on May 15. The valuation would reflect a contraction in the gun industry in the U.S. in the past couple of years. That means it’s less likely that LPs will see a gain on the deal. They may end up selling at a loss.

The move comes after the California State Teachers’ Retirement System and other institutional investors complained to Cerberus about their exposure to the gun maker.

Cerberus will remove Remington Outdoor, formerly called the Freedom Group, from its private equity funds and place it into a separate financial entity. Investors will then have the option to sell their individual holdings in the firearms manufacturer back to the company, according to a source.

“We are disappointed that we were unable to effect an outright sale of the company or other comparable transaction,” Cerberus said in the letter. LPs will have a month to consider the offer.

The private equity firm said back in 2012 it would ”immediately engage in a formal process” to sell its investment in Remington. But Cerberus failed to find a buyer in the wake of a glut in supply that resulted from brisk gun sales in the United States in 2013 tied to expectations of tougher gun laws.

Since then, CalSTRS required an opt-out provision with GPs for private equity investments in firearms makers that make assault rifles that are illegal in the state. It’s part of an overall effort by the pension system to reduce or eliminate its exposure to the type of weapon used in the shooting spree at Sandy Hook Elementary School in Newtown, Conn.

A spokesman for CalSTRS said it was studying the letter from Cerberus and that the pension system is “hopeful that a liquidation vehicle has been fashioned that allows us to cash out our economic exposure, which is what we’ve been seeking all along,” according to a published report.

Meanwhile, Cerberus is on the fundraising trail with a target of up to $3.5 billion for Cerberus Intitutional Partners (CIP) VI.