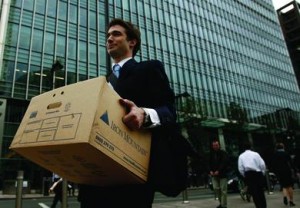 Born out of the high-profile insolvencies of Lehman Brothers and Woolworths, two cases have challenged the insolvency law principle of anti-deprivation (Perpetual Trustee Co Ltd v BNY Corporate Trustee Services Ltd; and Anor and Butters and others v BBC Worldwide Ltd and others).

The anti-deprivation principle says that a contract will be invalid and may be struck out by the courts if it attempts, on a person’s bankruptcy, to transfer the property of that person to someone else and in doing so take it away from his creditors. The law applies to both corporate entities and individuals.

This article concentrates on the facts of the cases and the aspects of the principle that may be relevant in a private equity context, for example, in relation to a fund agreement that provides that an investor’s interest will be transferred to other investors on an insolvency event, or where a shareholder’s shares in a portfolio company are transferred on his bankruptcy to non-defaulting shareholders under bad leaver provisions.

Both cases have arisen as a result of high-profile insolvencies (Lehman Brothers (Perpetual Trustee) and Woolworths (Butters)). The Court of Appeal handed down a joint judgement on November 6, 2009. One or both cases may be appealed again and, therefore, the below only represents the position of the courts to date.

The Lehman case concerned a complex secured obligation structure under which notes were issued to noteholders by SPVs (the issuers). Issuers’ obligations were secured on investments (bought using the subscription monies of the noteholders), which were charged in favour of the trustee for the noteholders.

The issuers entered into swap agreements with a Lehman entity (LBSF). LBSF would pay each issuer the amounts that the issuer had to pay to the noteholders in return for the issuer paying the investments’ yield to LBSF. The investments were distributed to LBSF in priority to the noteholders unless certain events occurred, including the insolvency of LBSF. LBSF’s administrators argued the clause was invalid under the anti-deprivation principle.

The court in this case found on behalf of the noteholders and held that the principle did not apply. This was confirmed by the Court of Appeal. This has led to much analysis regarding in what circumstances the principle will or will not apply. The decisions concentrated on the fact that the collateral had been paid for mainly with the monies of the noteholders and that ownership of the assets in question was not actually vested in LBSF.

The effect of the agreement altering priority was not to divest LBSF of monies, property or debts that were currently vested in it, nor was the effect to give to the noteholders an asset that they would have had no right to if it was not for the insolvency event. Therefore, it was held that the principle was not applicable to these circumstances.

The court noted that the applicability of the rule in relation to complex modern financial instruments would need to develop on a case-by-case basis but it also implied that it was not appropriate to try to use a common law principle to override the terms of a negotiated agreement between sophisticated parties. Furthermore, the judgement stated the rule should not be treated as divorced from the Insolvency Act and any disposition of property in accordance with the Insolvency Act would not breach the rule, which provides some comfort to those interpreting the rule’s applicability.

The Woolworths case involved a subsidiary of the Woolworths Group (WMedia) entering into a joint venture company with BBC Worldwide Limited (BBCW). The joint venture agreement provided that if an insolvency event occurred in any of the group’s companies, BBCW could serve notice obliging WMedia to transfer its shares in the joint venture to BBCW at fair market value. When Woolworths went into administration, BBCW served such a notice.

On this basis, a bad leaver provision obliging a manager to transfer his shares on his bankruptcy at below fair market value would be held to be invalid.

However, the court noted that a deprivation will not normally be caught by the rule if it is completed before bankruptcy and that the effect of the rule may be avoided by careful drafting. Therefore, a mandatory transfer provision which states that a manager shall become obliged to transfer his shares immediately before bankruptcy would effectively transfer the equitable ownership at that time and avoid the real value in the shares being subject to a claim by the creditors for a breach of the rule.