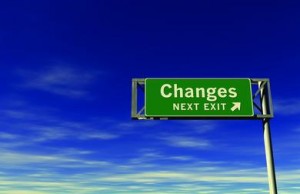 According to some reports, this growth trend is likely to continue. A report from in the US in August argued that private equity and other alternative investing was not a short-term trend but a permanent structural change in how money will be invested. The report concluded that some US$20trn is likely to flow into alternative assets over a decade – making the size of the alternative investment sector six times as big as it is today. The percentage of the alternative investment fund will likely represent 18% of the total asset management market in 10 years, compared with 6% today, according to the report.

Among the reasons for Deutsche Bank’s bullishness is the fact that alternatives can help institutions better control their investments, with many alternative asset managers putting money to work in a more aggressive way than traditional money managers. Despite this, the report points out that recent record fund raising and the credit squeeze will probably mean lower future returns.

In another report in September in the US surveyed US and European pension managers on asset allocations. The survey found that about 85% of pension managers would increase their allocation to alternative investments over the next three years, reaching 20% of their assets in 2010 compared with 14% today. More specifically, private equity is expected to overtake both hedge funds and real estate allocations within three years, growing to 33% of the total alternatives allocation. Private equity is expected to receive US$400bn over the period, compared with US$370bn for real estate, US$290bn into hedge funds and US$160bn for other categories, such as commodities, energy and timber.

Other findings were that pension fund managers believe the typical 2% and 20% fee structures in private equity and hedge funds were unsustainable, except if performance justified them. Also, allocations to funds-of-funds are expected to decline, with less than half the managers surveyed currently investing with funds-of-funds and most saying they expect to reduce this over the next three years.

According to Peter Laib, managing director of fund-of-funds , there has been a significant shift since 2000 in how pension funds and similar institutional investors assess how much to put into private equity. “It used to be far less systematic and was often a case of a pension fund putting 1% to 2% into private equity in an opportunistic way.” In the last three years, with new risk management tools and asset liability models being developed, investors are taking a more systematic approach.

“We’ve been developing models that allow investors to compare public and private equity performance and understand correlations, as well as being able to eliminate peaks and troughs so that a clearer picture can emerge,” says Laib.

Even with the current credit squeeze and likelihood of lower returns, Laib says that private equity still represents a good investment for pension funds. Laib says: “Many investors who got into private equity a few years ago have made returns of 30% to 40% and those kind of returns are unsustainable, but if a pension fund can make 15% from a diversified investment programme that’s not bad.”

John Gripton, head of investment management Europe at private equity asset manager , says that it has been clear for some time that the kinds of returns being generated were not achievable in the long term: “We’ve managed investors’ expectations by pointing this out, nevertheless we still expect private equity to generate 3% to 6% above the quoted market, which is still a good result.”

John Greenwood, portfolio manager at the (), says: “Private equity is a long-term asset class – funds have a five to six-year investment period and 10 to12-year term. Some can even go as long as 18 years. If you’re with the right manager you’ll be in the right investments.”

He adds that the current period could, in fact, be a good time for those GPs still able to access debt as there are likely to be competitively priced assets to be bought. For those GPs who may be seeking to put in higher levels of equity into deals as a direct result of the current credit crunch, there could also be opportunities for funds like CalPERS to co-invest, says Greenwood.

As for returns, Greenwood says that for CalPERS, while the IRR is important, it is the multiple that matters. Again, given the current environment, GPs may have to hold underlying investee companies longer than in the past to achieve a certain multiple. But he says the pension fund still expects net returns to mirror those of the past, above 20% from the best firms in the mega fund segment and higher returns, reflecting the higher risks and greater opportunity, in the mid-market and smaller market segment. “These are expected returns for the best performers, not across the board, so we are still confident of seeing very good returns being generated by the top GPs.” he says.

One of the crucial elements in asset allocation, believes Greenwood, is being with the right GPs and not excessively exposed to any one region, sector or vintage year and that comes from experience: “CalPERS has been investing in private equity since 1991 and so have had many years to gain knowledge and build relationships with the best funds.”

Contradicting the forecast that pension funds more generally are likely to reduce their investment in fund-of-funds, CalPERS has moved towards mandating asset managers to invest in particular stages or geographical areas. In September, the fund allocated €400m to Standard Life Investments to invest in small and mid-market funds in Europe.

“This approach saves us the time and energy of ploughing through all the memoranda from GPs that arrive on our desks, giving us time to focus on our core portfolio. In the case of Standard Life, it will give us a window on and access to top managers and co-investment opportunities in Europe,” says Greenwood.

While allocations by pension funds to private equity continue to be strong, says John Gripton, the percentage depends on the nature of the pension fund. New pension funds, such as the state-backed funds created in Ireland and France, may have a greater appetite for long-term investments like private equity than funds that are more mature and cash negative. Gripton says: “In the UK, a small number of funds have a 7% to 8% exposure, although 3% to 4% is more common, while in much of Continental Europe it tends to be lower and in the US significantly higher.”

According to Erwin Roex, a partner at secondaries investor , there is unlikely to be any significant change in asset allocation decisions as a result of the credit crunch because private equity is a long-term investment strategy. There has been more of an impact on investment in hedge funds, he notes: “When it comes to private equity, investors are sitting on the fence at the moment and seeing how things develop.”

But, given the credit squeeze is primarily affecting the mega deals at the moment, it is possible that there could be some re-assessment of asset allocation between the different private equity stages if the mega deals market is affected in the longer term. “The mega deals that are worth more than €10bn represent perhaps 40% of the total market, even though there have only been about 10 of these deals recently and nine of them were in the US,” says Adveq’s Peter Laib. He adds the mid-market and smaller deals will be less affected by the credit squeeze and the distressed market is likely to benefit from the current market conditions.

Nevertheless, private equity is still seen as part of a wider alternative investment sector by many investors. According to , in the coming three years private equity, and to a lesser extent real estate, are likely to become a bigger part of investors’ alternative asset allocation and hedge funds will become less important. One of the reasons for this trend, according to respondents, is concern about the accuracy of securities valuation within hedge funds.

Even if pension fund investment in private equity continues to grow, there are some concerns about fee levels, according to Citigroup. Capital Dynamic’s John Gripton says that fee structures have not changed for a long time. “In the late 80s and early 90s fees were over 2%.We’ve seen that reduce a little but the size of funds has increased dramatically and so in overall terms fees have increased significantly.” Whether there will be pressure on fees in the future will depend on individual GPs’ performance. “For the very good managers fee levels are not generally an issue among LPs because the managers have generated such high net returns,” says Peter Laib.

He says while returns still play an important role in explaining why pension funds choose one rather than another GP, investment process and risk management have assumed a higher profile in recent years. “Investors want to be confident there are clear policies and responsibilities, so that it is clear how and why investment decisions were made. Good governance, checks and balances and compliance issues are all important.”

Coller’s Erwin Roex argues that investment process and risk management are intricately linked to performance in any case. “The reason investors highlight investment process and risk management is that they are good indicators of returns because they show that the GP has a well thought-out strategy that is implemented rigorously.” But he adds that a track record of good returns is still crucial in attracting investors, perhaps more so in private equity than some other asset classes because the gap between the top performers and the rest is so wide in private equity.

John Greenwood of CalPERS agrees performance is important but says that you always have to probe the details of the track records: “Sometimes you’re presented with a strong track record but then find that its profile is skewed by only a small number of successful investments with the rest having performed poorly. It’s important to look at how the performance is made up.”