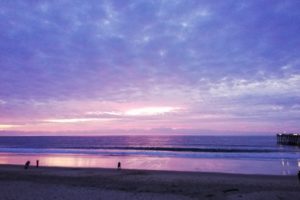 Charger Investment is among a small group of first-time funds facing the challenge of the pandemic-stricken market, where LPs are mostly focusing on re-investing with existing managers.

Hermosa Beach, California-based Charger, led by Aaron Perlmutter, Chris Boyle and Kimberly Pollack, is targeting $450 million for its first fund, two sources said. Charger Investment Partners Fund I held a first close on about $150 million recently, one of the sources said. Charger Investment had $143 million in assets under management as of Sept. 15, according to the firm’s Form ADV.

Fund I is charging a 2 percent management fee and 20 percent performance fees on an 8 percent preferred return, the Form ADV said.

Perlmutter declined to comment. UBS is working as placement agent on the fundraising, according to a Form D fundraising document filed for Fund I in August. The Form D did not include information about the fund’s target or how much has been raised so far.

Boyle formerly was a partner at American Industrial Partners, prior to which he was a portfolio manager at Guggenheim Partners. He also worked at Black Diamond Capital Management.

That amount was on par with last year, which was a record fundraising year. Firms had collected about $165.2 billion in the first-half of 2019, PEI found. Much of what was raised in the first half were funds that had been in the market prior to the emergence of the pandemic.

Since then, the pace of new fund launches slowed, sources told Buyouts in past interviews. The results of that slowdown will be felt in future numbers. More recently, sources have described a slowdown in activity around emerging and first-time funds.