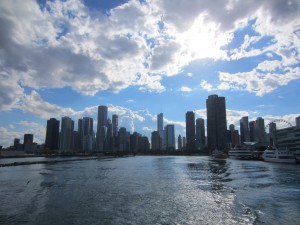 It’s not clear if the fund is officially on the market or when it launched. Kristie Goodman Davis, Wind Point’s director of investor relations, marketing and communications, declined to comment.

Known as a pioneer in backing former CEOs to find buyout targets, Wind Point seeks investments of $30 million to $150 million for a controlling position in its platform companies, according to its website. The firm’s ideal targets have at least $10 million of EBITDA, a “decent competitive position and historic profitability,” the firm said.

Wind Point drew in about $1.1 billion for Wind Point Partners VII, which closed in 2009. Its sixth fund raised $700 million in commitments in 2005.

Wind Point Partners VII earned an IRR of 17.7 percent as of December 31 for the Wisconsin Investment Board, according to performance data from Bison. (The Employees Retirement System of Texas is another LP in Fund VII.)

The firm’s strongest performance came from its vintage 1997 Wind Point Partners III, which earned an IRR of 22.3 percent, according to Bison.

To help its next marketing push, Wind Point in June announced that it hired Davis to work on IR, along with marketing and communications. Davis, who previously worked at Fisher Lynch Capital, replaces Rebecca Vanderlake Converse, who is leaving the firm after nearly 11 years.

Among its recent deals, Wind Point sold its stake in Shearer’s Snacks for an undisclosed price to Ontario Teachers’ Pension Plan in a deal announced in January.