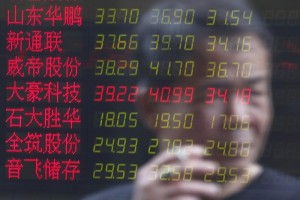 After a plunge in share prices wiped out more than $3 trillion of market value in three weeks from mid-June, China suspended IPOs to close the pipeline of new issues, which tend to suck money out of the market.

Companies on the verge of listing are now faced with the task of finding new means of financing to grow their businesses. The longer the freeze lasts, the more likely companies are to need funding from alternative, more costly financiers.

For private Chinese companies, tapping public markets was the cheapest way to raise capital after mainland share indexes more than doubled in the past year to mid-June, when the rally went abruptly into reverse.

To arrest the slide, regulators halted 28 IPOs earlier this month, and it is unclear when they will lift the ban.

Chinese companies are not new to state intervention in IPO markets. A previous 15-month freeze ended as recently as December 2013 after 750 new offerings were blocked.

“We are dealing in a market now that is illiquid, nowhere to get listed and very little room to raise capital. We are going to see a more normalized role for private equity as a provider of capital for growth situations and illiquid situations,” Dattels added.

In many economies, bank finance is the first port of call, but not in China. Beijing’s repeated efforts to cajole banks to lend to small and mid-sized enterprises has failed as China’s biggest lenders prefer providing credit to less risky state-owned enterprises.

“Long-term capital providers such as sovereign wealth funds and family offices will have a constructive role in China should the IPO markets remain shut down for an extended period,” said Mayooran Elalingam, head of M&A, Asia-Pacific, at Deutsche Bank.

Chinese companies raised $23 billion through stock market listings in the first-half 2015, according to Thomson Reuters data, and consultant EY had forecast a total of about 250 billion yuan ($40 billion) for the full year. That could leave a funding gap for alternative financiers of about $17 billion in the second half.

Dattels said TPG Capital prefers healthcare, consumer, financials and technology sectors. “We continue to be focused on buyouts and on growth investments in our core sectors,” he said.

Singapore state investor Temasek Holdings is also willing to bet on China despite the volatility. Temasek’s underlying China exposure stands at 27 percent, second only to its Singapore exposure.

“We are actively building our position in the Chinese capital market,” said Wu Yibing, Temasek’s head of China, adding that the short-term volatility might provide a good investment opportunity.

Reuters contacted about a third of the 28 companies whose IPOs were halted, and most said they would fund their businesses using existing cash and bank loans for now. Some said they still wanted to pursue an IPO, while others were looking at alternatives.

“To a certain extent, the IPO freeze does affect the company’s original plans and arrangements, but it is also within our expectations,” the spokesman said, without elaborating.

While the inability to list companies creates an opportunity for alternative financiers, it also removes an avenue for them to cash out of their investment, which increases the likelihood of alternative exit strategies such as mergers and acquisitions.

“All of which is good news for deal-making in China,” Elalingam said.