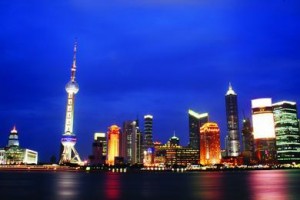 The increase is attributed to three factors. Firstly, VCs have rediscovered their confidence after the dot.com crash. Secondly, there was significant fundraising by venture firms in 2005 which was put to use in 2006. Thirdly, the UK Government has continued to support new companies through policy measures which has seen the introduction of regional venture capital funds and other public sector backed funds.

Doug Richard, chairman of Library House, said: “2006 has been a fantastic year for UK venture activity, yet the persistence of a gap between the vibrancy of venture capital in the UK and Europe versus the US suggests the existence of structural problems on this side of the Atlantic. The most pressing of these problems is the lack of proof of concept / investment readiness funding in the UK and Europe which results in a smaller pool of investable opportunities here. With the rise of China and India, tackling these problems becomes an urgent necessity.”

The report acknowledges the important role the UK public sector plays in fostering investment in new companies. “However, the performance of Israel and the US suggest that this support could be configured in a more effective way. Most importantly, stimulating the demand for venture capital (i.e. growing the pool of investable companies) should be considered as important as directly stimulating the supply of capital. Emulating the highly successful SBIR scheme in the US or the Israeli Incubator Programme would go some way towards achieving this.”

Retail and services has become the largest venture sector after investments increased in value by 91% last year, driven by the healthy returns delivered. According to Library House’s analysis of exits during 2006, services and retail companies delivered the highest company returns of any sector, estimated at an IRR of 66% at a company level.