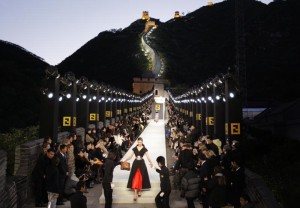 * Slew of Chinese tech firms had planned to delist for U.S.

China’s securities regulator said at the weekend there would be “no new IPOs in the near-term” and the number and volume of deals down the line would be greatly reduced, part of a series of measures to prop up equity markets that have slumped around 30 percent since mid-June.

With the door all but shut on new listings, Chinese companies that had been betting on higher valuations and greater investor interest at home are having to re-think their plans, people familiar with the matter told Reuters.

The spate of delisting from U.S. stock markets was backed by hedge funds, buyout and venture capital firms such as Sequoia Capital and Boyu Capital, according to filings. For all these investors, the ability to exit through a China listing was the most likely way to make a return on their investments.

“It’s game over for these take-private deals,” said the head of M&A at a global bank, who regularly advises private equity firms on such deals. “With no exit options in sight, people in need of funds to close these deals are in a tight spot.”

Most of the deals are non-binding and without committed financing in place, making them likely to collapse if funding does not come through in time.

“With the speculative exit being closed most of the sponsors will have to cancel the buy-out offers,” said Junheng Li, head of research at New York-based research firm JL Warren Capital LLC. “As the exit strategy becomes less compelling, the return on buyout deals start to look less appetizing and murkier.”

More than two dozen companies, including Qihoo, Momo and medical research provider Wuxi Pharmatech have unveiled plans this year to buy out their outstanding shares in so-called take-private deals.

Founders and private equity firms rushed in to delist companies from New York after a year-long rally in Chinese stock markets that propelled valuations of new economy firms to stratospheric levels.

Even after the 30 percent slide over the past month, China’s tech-driven ChiNext composite index and the benchmark index in Shanghai are both still up about 80 percent over the past year.

Many companies that announced take-private deals still want to proceed with the transaction.

“As for now, the volatility of today’s stock market has nothing to do with our privatisation deal, but in the future it may affect our decision on the listing in China,” said Angela Wang, a spokeswoman for Taomee, which unveiled its take-private plans last month.

“Our business is mainly in China, and Chinese investors will understand better about our business models.”

The delisting wave was also triggered by hopes of evading any legal fallout when Beijing formally outlaws foreign shareholder control of firms in protected tech sectors.

The wave of delistings is a huge reversal after a record $30.6 billion worth of IPOs and follow-on deals for Chinese companies in the United States in 2014, data showed.

After losing the record $25 billion Alibaba Group Holding Ltd IPO to New York, China has implemented a series of measures to make it easier for technology companies to list locally, with premier Li Keqiang last month voicing support for start up listings at home. 1/8ID:nL3N0YR07G 3/4

“This is a hot topic,” said Ringo Choi, Asia-Pacific IPO Leader at consulting firm EY. “There’s a very keen interest and incentive to bring them back to China.”