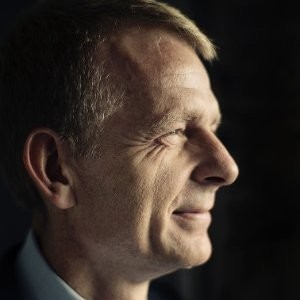 Bjarme Graven Larsen resigned as the chief investment officer of the Ontario Teachers’ Pension Plan after starting in the role in early 2016.

Ron Mock, president and chief executive officer of the $189.5 billion fund, will serve as interim CIO, according to a press release.

Larsen joined the fund in Feb. 2016, replacing Neil Petroff who had served as the CIO for six years. Before, Larsen was chief financial officer at Novo Holdings for nine months. Larsen plans to move back to Denmark to his family, a spokesperson for Ontario Teachers said.

Mock joined Ontario Teachers in 2001 and has been its president and chief executive officer since 2014.

Meanwhile, Ontario Teachers doubled its investment return in 2017, returning 9.7 percent compared to 4.2 percent in 2016, according to a press release today. The plan is 105 percent funded as of Jan. 1, 2018, the release said.

In contrast, private equity investments returned 4.3 percent, underperforming against the benchmark return of 5.4 percent, in 2016. Assets under management decreased from $28.4 billion, driven by sizeable divestitures and negative foreign exchange movements because of a stronger Canadian dollar, according to the 2016 annual report.

Some of Ontario Teachers’ private equity investments include BayBridge Seniors Housing, Bristol Airport Ltd, Imperial Parking Corporation, Jasper Farms, and Shearer’s Foods. The portfolio includes 29 percent investments in consumer and retail, 17 percent in industrials, 16 percent in TMT and financial services and 13 percent in healthcare, according to the report.

Emails to Larsen were not returned.