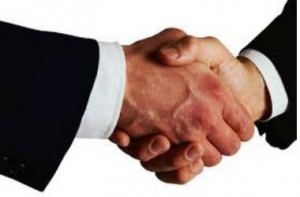 The partnership with TPG will enable CIT to offer private equity sponsors larger holds on those loans. CIT can then allocate some portion of the deal to its balance sheet and the rest to the new joint venture, Hudak said. Private equity sponsors, and the companies they manage, often select a facility’s lead agent based on the size of their holds and ability to execute, which will be bolstered by the partnership with TPG.

“From our standpoint, this broadens our franchise,” Hudak said. “The deals we’re going after are the same deals we’ve always gone after but, with a partner, it puts us in the driver’s seat when we’re competing for lead agencies.”

CIT partnered with TPG because of the firm’s similar risk appetite, as well as its alignment around industry focus and deal sizes, Hudak said. CIT’s “sweet spot” is for companies with between $10 million and $50 million of EBITDA.

“This was a strategic way for us to win more lead agencies, service our clients and, I think, very prudently manage our balance sheet,” Hudak said.

The joint venture between CIT and TPG mirrors other partnerships forged between lenders and asset managers in recent years. A BDC subsidiary of Ares Management and GE Antares managed a $9.6 billion senior secured loan program for almost a decade before GE sold its mid-market lending business to Canada Pension Plan Investment Board for $12 billion earlier this year.

In June, Ares launched a second iteration of the program with Varagon Capital Partners, which is backed by insurer American International Group.

At the time, Madison Senior Managing Director Chris Williams told Mergers & Acquisitions the partnership “allows us to take up our hold sizes to compete with GE Capital and other folks for agencies.”

If track record provides any indication, TPG is a strong partner for CIT as it bolsters its offerings to private equity sponsors. Since joining TPG in 2009, special situations platform CIO Alan Waxman has built a platform totaling roughly $12 billion of assets, which includes TPG Opportunities Partners funds.

The second opportunities fund, a $2.1 billion 2012 vintage fund, was netting a 19.4 percent IRR as of December 31, according to Washington State Investment Board documents. Fund III hit its $3.2 billion hard cap last year.

“We believe this new venture [with CIT] will allow us to extend our reach in providing critical financing to businesses in the U.S. economy while delivering high-quality assets to our investors,” Waxman said in a statement.