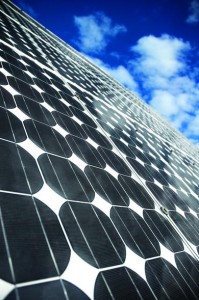 Cleantech is the fastest growing sector for venture capital in Europe. In 2006 there was over €400m worth of VC investment in cleantech, a catch-all name which includes alternative energy solutions, solar panels, material innovation and other technologies dedicated to reducing carbon emissions.

The challenge ahead is to create an environment where such companies can succeed. This is the motivation for ’s most recent report, Cleantech Goes Mainstream, which accompanied the ‘Essential Cleantech 2007’ event in April. It argues that although there has been an increase in the number of clean technology companies, the market is still very disparate. While there is no shortage of component solutions, there are very few integrated systems capable of being turned into commercial packages. Much of the technology out there is only at beta stage, and significant investment from both the Government and VC community is needed to develop the market further.

Last year saw 102 deals completed in the sector, and investment in the sector has now reached over €1bn in Europe, with 217 companies in operation, 40% of which are based in the UK. Doug Richard, chairman of Library House, said: “It’s the hottest area of investment right now. Venture-backed cleantech start-ups are on a trajectory. This is one of the big venture trends and therefore we will see a continuation of very aggressive investments over the next few years. There is a tremendous market opportunity given the magnitude of global energy and environment challenges that need addressing, combined with the influence of emerging regulatory regimes. Now that the issues are on a wider radar due to rising oil prices etc there is a real need to find the companies of the future.”

The growth of the cleantech industry is predicated on two issues that aren’t going away: climate change and the need to find alternative sources of energy to fossil fuels. Governments are acutely aware of the need to support such initiatives, and in the UK over 45% of cleantech deals received public sector support, well above the European average of 14.7%. This figure rises to 50% when just including deals in the £200,000 to £400,000 range.

Such an immature industry needs government support in order to flourish. Richard says: “The next step will be to see solution providers and packaged offerings that are easy for consumers to buy and understand. In spite of the innate conservatism of project-finance lenders, we need to see innovative companies scale up and commercialise their own offerings. This could well mean that some big players emerge in the next 12 to 18 months.”

Jonathan Kestenbaum, CEO of (the National Endowment for Science, Technology and the Arts, funded by the UK’s National Lottery) believes the sector will be unrecognisable in two years, if only because it will become a major part of government agenda. He castigates that lack of VC investment in cleantech as NESTA, which Kestenbaum claims is one of the largest source of seed investment in the UK, has itself has just set up a £50m seed fund, a significant part of which is being directed to early-stage companies in the business of renewable energies. “Private sector capital can grow the cleantech sector the same way venture capital did the IT sector twenty years ago,” he says. “The main buyer of cleantech at the moment is large infrastructure. Assuming that the next wave of government policy will focus on individual needs for clean technology – domestic appliances, light bulbs etc – then you will see the very same trends in cleantech as you did in IT, with a move towards the consumer.”

It will be difficult to achieve this without private sector involvement. Kestenbaum argues there is only so much the public sector can do alone. “One criticism of public finance is that it tries to do too much on its own. Cleantech companies will become capital intensive as they grow to scale and public finance will not be able to do it on its own. Public funds need to become co-investors alongside private investors. If they try to do it on their own they will fail to make money and fail to build the industry.”

Unfortunately VCs don’t seem to be committing to the industry in the way Kestenbaum would hope. He notes that venture capital has become more risk adverse to investing in early-stage projects, and that as private equity moves upstream, venture capital is shrinking. He also argues their reticence is based on an ineffective co-investment model; public money can take on risk that venture capital cannot do at an early stage and this has been the approach taken by NESTA. “We have already seen that this approach is very attractive to private investors, and it means that we are able to go in a little earlier.”

Despite the UK being home to the largest number of cleantech investors in Europe in 2005 and 2006, no one VC participated in more than five deals. is one of the leading investors in the sector that over the past two and a half years has invested alongside a total of 18 cleantech specialists like the – a UK Government body which invests in companies specialised in carbon-cutting emissions technology – and – a Swiss firm.

For the industry to take off a specialist needs to emerge. The report notes that the emergence of the sector contrasts with the growth of the biotech industry. “In biotech, significant specialist investors rapidly emerged to exploit the new opportunity. This does not appear to be happening in cleantech, at least not in Europe. The European venture capital sector appears to be shifting sideways into cleantech with the emergence of few sector specialists.”

Once again, the public sector is called upon to take more of a role. The report recommends that European governments should establish VC firms specifically to target the sector, much like the UK has just started to do. Author of the report Roger Franklin says: “Europe needs to put its money where it mouth is. The UK is a pretty good performer because of the existence of the Carbon Trust, DTI R&D grants and NESTA, and the rest of Europe has to follow this example.”

European VCs are investing so little that they are being outstripped by US VCs who are the second highest backers of European cleantech deals behind the UK-based firms. A study by the , a research body dedicated to the industry, shows that in the US, VCs invested over US$800m in Q2 2006, representing over 13% of the total venture capital invested in the US, compared to just over US$120m in Europe.

Franklin hails the success of the SBIR (Small Business Innovation Research) programme in the US, a government-sponsored initiative dedicated to supporting early-stage technology businesses, and calls for a similar programme to be implemented in Europe to create investment opportunities for VCs later down the line. “European venture capitalists have said they don’t have a special allergic reaction to the sector but they are not seeing the opportunities for investment. Europe is failing to get its companies to a point where they are attractive to VCs.”

Both Kestenbaum and Franklin are up-beat about the future of the industry, if for no other reason than governments cannot ignore the threats of climate change, rising oil prices and dwindling fossil fuel reserves. Put simply, the governments of Europe just have to get their acts together to help nuture the industry. Kestenbaum says: “With the need to address environmental challenges becoming ever more pressing, more needs to be done to leverage private sector support and prove the viability of early-stage investment. We need to see more public funds acting as trailblazers by partnering with other investors and by taking risks with the kind of innovative entrepreneurs who may be able to provide solutions to some of these issues.”