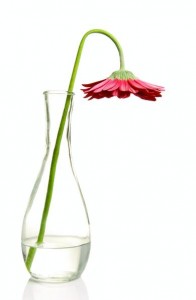 Venture capital investment in the European clean tech sector decreased by over half in the opening quarter of 2008 compared to the closing quarter of 2007. The volume of deals declined marginally from 46 to 41, but the amount invested dropped from €255m to €122m according to recently published data.

The findings by UK early-stage research specialists Library House records that European venture capital as a whole had a better Q1 than Q4, with investment up to €1.4bn compared to €1.26bn last quarter and €1.41bn in Q3 2007. There was a slip dip in terms of number of deals from 429 to 410. The report points out the Q1 2008 figure is due to go up after late reporting, indicating that investment levels appear on an even stronger recovery especially in comparison to the US, which has seen a decline.

There was only one venture-backed IPO in the first three months of the year, that of France’s RocTool, a licensor of rapid moulding technologies for composite materials. In March the company raised €10m, listing on Euronext Paris’s Marché Libre Exchange.

The top exit of the quarter was the sale of Sweden’s MySQL to Sun Microsystems in January for €675.6m. Other significant sales included Netherlands-based telecoms provider Scarlet sold for €185 million to Belgacom, Belgium’s leading telco, and the €140m acquisition of UK telecommunications software provider Apertio by Nokia Siemens Networks.