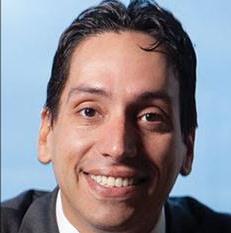 Clearlake was one of the more popular funds on the market this year because of its strong track record. The firm hit the market with a $1 billion target and a $1.25 billion hard cap. It boosted the hard cap to $1.36 billion in June, around the time it held a $1 billion first close. It’s not clear if the larger final close amount is due to the GP commitment.

One source said the fund was essentially raised earlier in the summer, but stayed open to allow in some last-minute LPs.

Clearlake’s prior fund, a 2012 vintage that raised more than $785 million, produced a 23.8 percent net internal rate of return and a 1.2x multiple as of December 31, according to the California Public Employees’ Retirement System. That fund’s performance declined from the prior quarter, when it produced a 34.6 percent net IRR and a 1.3x multiple, CalPERS reported.

With Fund IV, “Clearlake is seeking to continue its strategy of investing in special situations, distressed and value private equity investments in small- and medium-sized companies,” according to an April report prepared by Portfolio Advisors for the Pennsylvania Public School Employees’ Retirement System. The fund is expected to make investments of $25 million to $100 million in “companies that are undergoing significant change and/or are in underserved industries or markets,” the report said.

Clearlake continues to raise its debut non-control structured debt and equity fund, Clearlake Opportunity Partners, which is targeting $500 million, sources told Buyouts in past interviews. That fund is expected to reach its target soon, according to a person with knowledge of the situation.

Clearlake was launched in 2006 by Steve Chang, Behdad Eghbali and José FelicianoChang left on amicable terms.