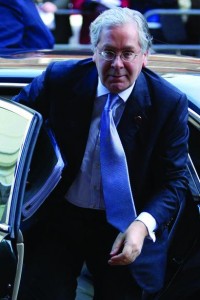 The ‘nice’ decade is over says Mervyn King, the governor of the Bank of England. He’s said this twice before over the past four years, but with housing prices falling across most of the UK and in some parts of Europe, inflation on the rise and consumer spending down, people are taking more notice this time, and when for King ‘nice’ means “non-inflationary consistently expansionary”, it’s hard to argue.

However, there are some signs that the worst of the crunch may be coming to an end. Indeed, around two weeks before King made his speech, the Bank of England released its Financial Stability Report in which it argued that confidence will return to the banking system over the next couple of months. The Bank has also made money available to UK banks to help them free up their balance sheets, which in turn has led to a number of institutions, Lloyds TSB and HBOS among them, raising £7.9bn from the debt markets.

Added to this is the re-appearance of the collateralised loan obligation (CLO).

CLOs were early casualties in the sub-prime fallout. Total CDO volumes were US$23.3bn this year to the end of Apri,l according to Morgan Stanley, down from US$207bn in the same period last year with CLOs accounting for the vast majority.

Ian Hazelton, head of Babson Capital Europe, a UK leveraged loan investor, says the reason for this was because “CLOs have been used to fund all sorts of things, from sub-prime mortgages to credit cards. There’s nothing wrong with the underlying aspects of the CLOs, it’s contagion from these markets. Investors have been badly burnt.”

The launch of two new funds in May could indicate that the financial markets are settling down and returning to some sort of normality. Avoca Capital has launched the first European leveraged loans CLO since the credit crunch began last summer, with a €300m package of bonds. The second to emerge is Harbourmaster, a €485m CLO.

These are the first arbitrage deals since the credit crunch – CLOs have either been collections of leveraged loans unwanted by investment banks or restructured CLOs that had been badly affected by the financial turmoil. Whilst there are concerns over just how new these loans really are – Hazelton suggests there are “legacy issues” as the funds have some hung loans on their books – it is at least a step in the right direction. “It’s nice to see some life in the market but I still think it’s too early to say the CLO market is improving. Pricing levels are still unattractive,” said Hazelton.

Despite the hostile market conditions, there are opportunities out there. Historically leveraged loans are the least volatile and more secure layer in a capital structure. The sub-prime crisis placed tremendous pressure on the leveraged loan marketplace and the wider credit market. This made CLOs more expensive – as investors shied away from such vehicles, spreads rose.

The increase in the cost of funding and the decrease in the value of the underlying assets resulted in the banks cutting their losses and liquidating their CLO warehouses – the term used to describe the collections of loans a bank holds before it launches a managing CLO. This liquidation of CLOs combined with the mass sale of leverage loans on the secondary market by commercial banks concerned about their own exposure to sub-prime mortgages, which led to a downturn in secondary pricing.

Prices settled temporarily before slumping again at the end of 2007 and the beginning of 2008 when secondary pricing fell modestly as a result of renewed economic fears which forced a number of funds to sell their assets as the market values hit ‘triggers’ established in advance and designed to protect investors. Each sale squeezed secondary prices further, which in turn led to more triggers being pulled, and so on.

Trading levels for leveraged loans in the secondary market today are lower than in the 2002-03 downturn, despite a default rate of less than 2% compared to almost 11% five to six years ago. However, the risk that things could get much worse more quickly remains. In 2007 there were 22 defaults globally – by mid-May, the figure for 2008 was already 28, worth some US$18.9bn debt according to rating agency Standard & Poor’s.

In such an environment, it is only the very experienced who are likely to launch CLOs and succeed. Unusually low prices make it an ideal opportunity for those investors who understand the precise nature of the risk-reward profile of the current leveraged loan market.