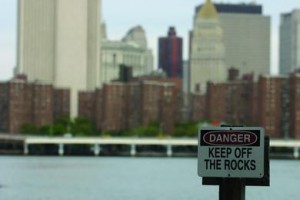 This amount is a dramatic jump on previous years’ figures, with around €2.2bn of lower grade bonds being issued in 2005, itself a massive increase on 2003’s €0.5bn. The cumulative value of CCC-rated bonds in Europe now exceeds €14.5bn.

The concern over such a trend is that, historically, one third of CCC-rated bonds default after two years, with 44.7% following the same route after three years.

Matthew Prest, a director at the Close Brothers special situations group, said: “This is a huge rise in the issuance and overall growth of lower quality bonds. Even if overall macro-economic conditions remain benign the historic default rates of CCC-rated bonds point to problems ahead. Many struggling companies will not be able to continue refinancing their way out of trouble as has been the trend of recent years.”

One of the reasons defaulting has been comparatively rare the last five is because troubled companies are able to take advantage of the benign economic conditions and the high liquidity of the debt markets to refinance their debt. Close Brothers expects the debt markets to tighten in 2007 and 2008 and predicts that a large number of the high yield bonds due to mature in those years will find it difficult to refinance.

Prest said: “This will lead to an escalation in stressed and distressed situations. Corporate restructurings will increase and with the increased layers of debt that now exist in many company capital structures, combined with cross-border legal issues, these situations will be highly complex. Bondholders will look to recoup their losses and if that means debt-for-equity swaps then we’ll see a lot of companies changing ownership with follow on deal activity spurred by a wave of mergers and acquisitions.”

A further consideration is the buyers of debt in the current climate. According to Close Brothers, almost 75% of interest-only tranches of leveraged loans are now in the hands of the likes of CLO (collaterised loan obligation) funds and hedge funds.

Andrew Merrett, a fellow director in the European special situations group at Close Brothers, said: “Now, in leveraged or distressed situations, it’s hedge funds calling the shots from the creditors’ camp. It’s a whole different ball-game in stressed and distressed situations, and the signals are that default rates are set to rise. Companies and private equity sponsors need to be prepared for this.”