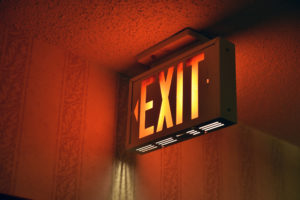 It is not clear exactly when Van Hook will leave, though one of the sources said he would exit at the end of the year. Credit Suisse declined to comment.

Van Hook joined the bank in 2008, according to his LinkedIn profile. The bank moved him into his current role last year along with Jeremy Duksin, a fellow managing director at the bank. The capital solutions group was formed to combine the bank’s GP-led secondaries advisory activity with its efforts to source capital for direct and co-investments.

The bank recently hired two secondaries professionals from Lazard: Adrian Siew as a director and Gabrielle Kim as a vice-president.

The idea for the combined unit emerged from a few trends: the increasing appetite among LPs that want to co-invest, both with their existing managers and outside GPs; the capital needs of executives who leave larger firms to invest deal-by-deal and who are planning to one day raise their own funds; and GPs seeking liquidity options for older investments and extended hold options for high-performing assets, especially single-asset secondary deals.

“We saw an overlap between secondary investment advisory and our direct placement business,” Duksin told Buyouts last year. “It became increasingly clear that merging these two activities… made more sense.”

Concentrated secondaries deals, such as single-asset processes, can look a lot like co-investments. What makes them secondaries is the creation of a continuation fund that allows the GP to continue managing the asset, usually at reset terms.

Co-investments are more straightforward M&A-type processes, but some LPs that might be interested in a co-investment opportunity have also shown appetite for single-asset processes.

Credit Suisse is working as secondary adviser on two recent single-asset secondary processes. Platinum Equity has been considering running a single-asset process on portable restroom business United Site Services, though the firm has also been exploring other options such as a regular M&A exit.

Novacap is working on a process to shift Master Group out of its third fund and into a continuation pool so that it will have more time and capital to grow the business.