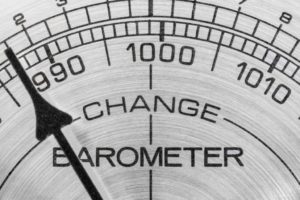 Limited partners plan to be heavily involved in the secondaries market as the economy climbs out of the coronavirus market disruption, according to the latest Global Private Equity Barometer from Coller Capital released Monday.

LPs have two main reasons to access the secondaries market: one is to refocus resources on the best-performing general partners, which 88 percent of respondents cited. Two, 84 percent of LP respondents want to free up liquidity. Additionally, 77 percent said they would use secondaries to rebalance their portfolios between different types of private equity.

The report said these priorities were “broadly similar” to what investors said during the 2008 to 2009 global financial crisis.

GP-led secondaries have broad support among LPs, with 85 percent of Coller’s respondents saying they are a useful tool if done well.

GP-led transactions like fund restructurings and tender offers have dominated the secondaries space during the pandemic. As M&A markets mostly shut down in the spring and summer, GPs sought to increase hold times on assets. Big names like New Mountain Capital and Hellman & Friedman are working to move assets out of old funds into continuation vehicles, as Buyouts has reported.

The Coller Capital survey was wide-ranging, touching on trends across the private equity industry. Private equity LPs showed little interest in special purpose acquisition companies (SPACs). Only 10 percent participated in SPACs, with 4 percent saying they planned to do so in the future. Moreover, 71 percent of respondents said private equity offers a “better risk/return than SPACs.”

While some major figures in the PE industry have said SPACs are here to say, a surprisingly high number of Coller’s respondents believe the phenomenon is cyclical and will be temporary, by a margin of 64 percent to 36 percent.

Interestingly, the pandemic’s hit on the economy will mean a review of co-investment policies for 42 percent of the respondents, although 58 percent said a review is unlikely.

Overall, though, LPs are optimistic about private equity as an asset class, with more than 80 percent expecting net returns of more than 11 percent in the next three to five years.